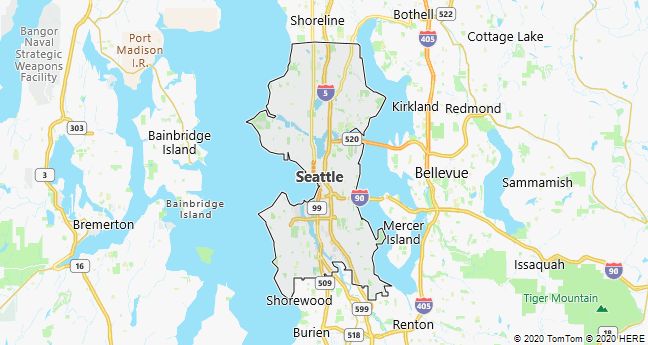 Seattle, a port city on Puget Sound, Washington, USA; 608,700 residents (2010). The city, the state’s economic, cultural, and population center, has a large and diverse industry with some of the United States’ leading companies in the aerospace (Boeing), shipbuilding (Todd Shipyards), wood and paper (Weyerhaeuser), and computer industries (Microsoft). Also important are the food industry (especially canned fish), research industries (including biomedicine and oceanography), banking and insurance, as well as shipping, trade and fisheries. The port is home to a large fishing fleet and numerous cargo and passenger ships. In addition to trade with East Asia in particular, there is ferry service to e.g. Alaska and Vancouver Island (Canada). 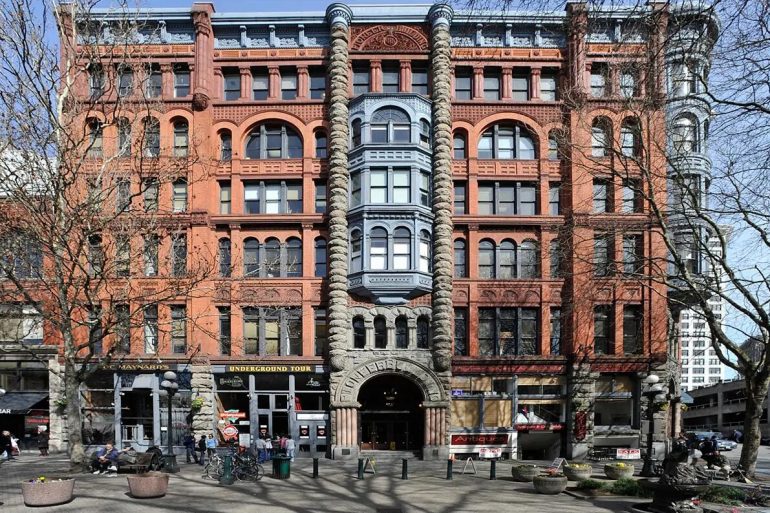 Seattle is a well-visited tourist city and with University of Washington (1861) a large educational center. The places of interest include the historic district in Pioneer Square and Seattle Center with the 185 m high landmark, The Space Needle World’s Fair in 1962. From the city itself, located on an isthmus between Lake Washington and Puget Sound, there is a magnificent view of the Olympic Mountains to the west and the Cascade Range to the east. Since its founding in the 1850’s, the city has enjoyed great growth; approximately 1900 with the gold finds in Alaska and the Yukon and again during World War I and II. In the early 1990’s, Seattle became world famous for rock bands such as Nirvana and Pearl Jam (see grunge).

Spokane, a city in the state of Washington, USA near the border with Idaho : 208,900 residents (2010). The town serves a large catchment area, “Inland Empire”, with fertile farmland, forests and minerals. In the city are Gonzaga University (1887) and other higher education institutions in addition to a significant industry, whose growth was initiated with the cheap electricity from the Grand Coulee Dam during World War II. The excursion destination Riverfront State Park was home to the World Expo 74. 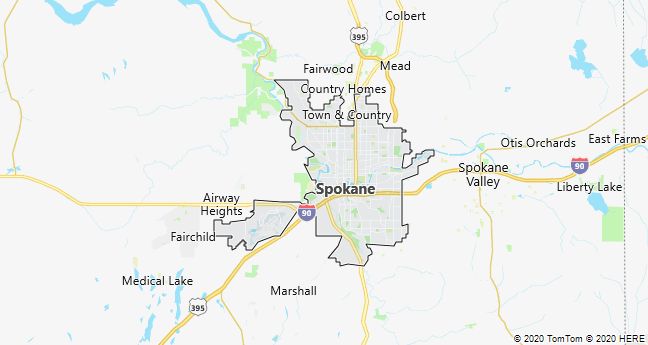 Tacoma, a port city on Puget Sound, Washington, USA; 198,400 residents (2010). After becoming the terminus for the Northern Pacific Railroad in 1873, the city quickly developed into an industrial center with timber, metal and shipbuilding industries. Also important to the city are the military bases of Fort Lewis and McChord (to the south) as well as the universities of Pacific Lutheran and Puget Sound. The port area is heavily polluted, although emissions of toxins have decreased after the closure of smelters and other heavy industry. A popular excursion destination is Point Defiance Park with a reconstruction of the Fort Nisqually fortress (1833). 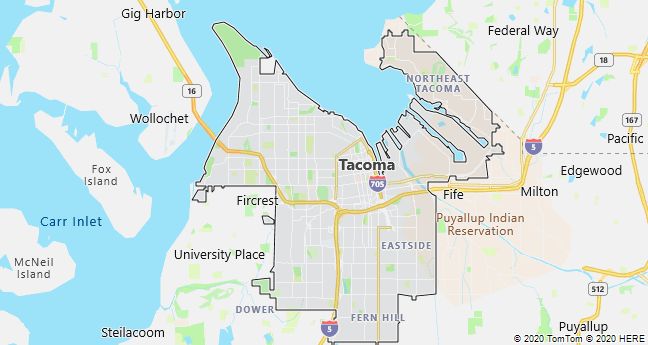 Olympia, the capital of the state of Washington, USA at Puget Sound in the northwestern part of the state; 46,500 residents (2010). The town, founded in 1853, is characterized by the state administration and to a lesser extent by fishing (especially oysters) and tourism. 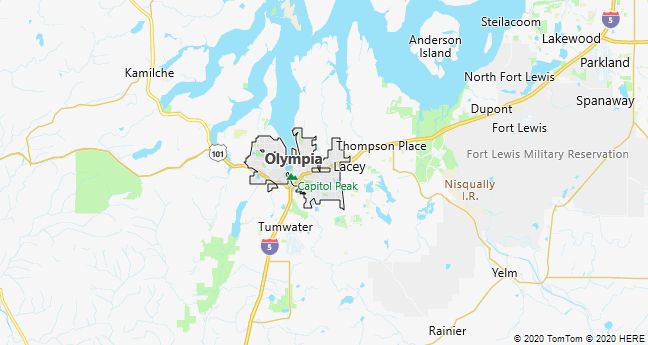 Hanford, 1450 km2 large nuclear weapons factory, located on the Columbia River in the southeastern part of the state of Washington, USA. The plant, built during World War II as part of the Manhattan Project, includes nine reactors that produce plutonium for weapons use. Since 1989, the plant has been under decommissioning, at the same time as the US Department of Energy has begun the immense work of removing highly radioactive waste and cleaning contaminated soil. The project is estimated to cost DKK 50 billion. dollars over 70 years, but it is uncertain whether the task can be solved at all; Among other things, one misses safe landfills for the large amounts of deadly waste. 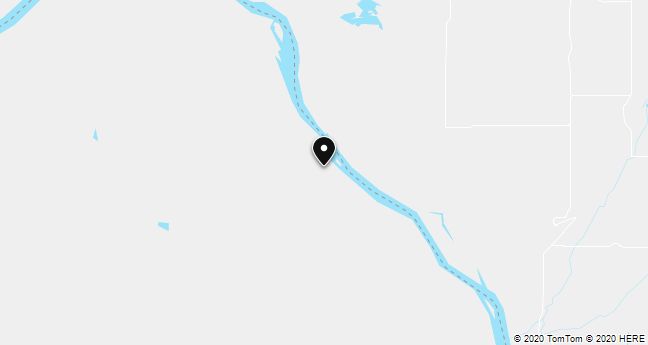 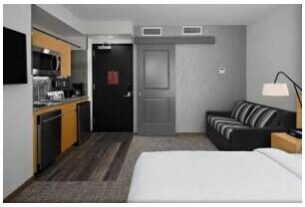