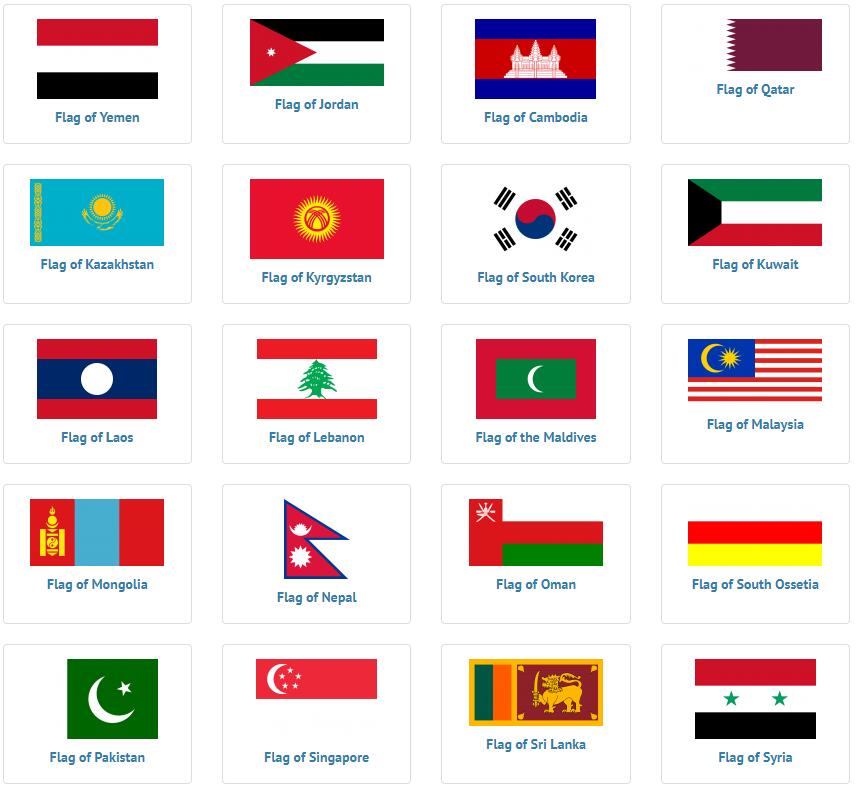 The flag was officially affirmed in 1961. In the so-called panarabic color combination, green stands here for the ground, white for the progress of the people, red for the opponents’ spilled blood, black for the fields where the fighting stood. Green is also the sacred color of Islam.

According to Countryaah.com, Kyrgyzstan is a landlocked country in Central Asia, and the flag of Kyrgyzstan was established in 1992. The full red canvas is a legacy of the time as a Soviet state. The main motif of the flag image is a yellow sun with 40 anticlockwise curved rays.

Following the Declaration of Independence, the flag that the country carried as a Soviet republic was maintained for the time being, but in 1992 a new flag was established. On the light blue canvas is in the center a yellow sun with 32 short rays and immediately below it an eagle with spread wings.

The flag has had various designs in recent years, but throughout has been the contours of Angkor Vat, the country’s national shrine from the 12th century. The current design, in the traditional colors blue and purple, was established in 1993.

The flag began to be used in 1921 but then had the colors in a different order. The current design is from 1928. Black-white-green are the so-called panarabic colors. The seven-star star symbolizes the first seven verses of the Qur’an. 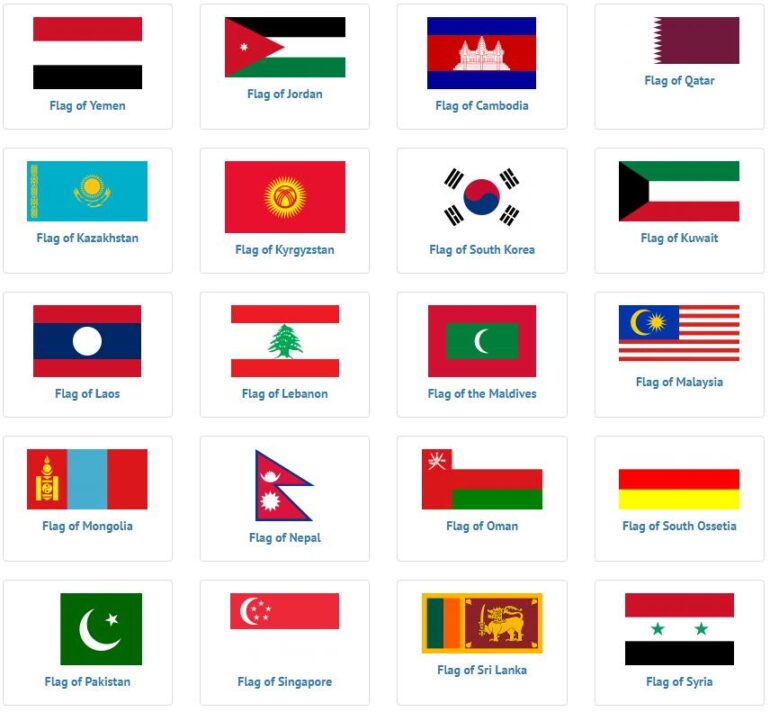 The flag was introduced in 1990 and is a combination of the flags of the former Nordjemens and Sydjemens. The colors red-white-black are (as well as green) panarabic colors. Each color is considered to represent one of the old historical caliphs.

The flag was officially adopted in 1854. Its name in Japanese, Hinomaru, means “the sun’s disc”. Originally, it was a commanding sign for the shogun of Tokugawa. In that function it can be dated to the end of the 16th century.

The flag was set in 1948 when the State of Israel was established. The origins go back to the flag introduced by the Zionist movement in 1891. For colors and patterns, it is based on the Jewish prayer mantle (tallit), in which was inserted the six-pointed star of David.

The flag was introduced in 1906. Its origins go back to the 18th century; the colors are traditionally Persian and have no particular symbolism. The emblem in the white field was inserted in 1979; four crescents around a sword stand for Islam and its spiritual power.

The flag was set in 2008. Red stands for the courage of the people, white for its generosity, black for the past. Green is the color of Islam.

The flag was established in 1945. However, the color scheme has a national tradition since the 13th century. Indonesian independence groups in the Netherlands started using the flag in 1922, and in 1928 it became the symbol of the Nationalist Party in Java.

The flag was adopted in 1972. Green, the color of Muhammad and Islam, is considered Pakistan’s national color and taken over as a legacy. The red round symbolizes the blood that the struggle for independence required.

The music scene in Bangladesh reflects the historical affiliation with the West Bengal. The indigenous, usually popular forms of music are monophonic and predominantly vocal. Diatonic scales dominate. This applies, for example, The songs of the Baul sect and the Hindu devotional songs kirtana. In the latter, however, you notice an influence from the melodically and rhythmically more complex and more instrumental North Indian raga music, which has been a part of Bengali court culture since the end of the 18th century. A synthesis between indigenous material and elements from raga music characterizes the music of the 1900’s and 2000’s.

The flag came into use in the 19th century; the timing is unknown. The dragon hints, among other things. in the country’s Tibetan name. It was formerly also in the emperor flag of China, a country with which Bhutan had close relations. Orange is the color of Buddhism, saffron yellow is the royal power.

The flag began to be used in 1906 and was officially established in 1959. Yellow is the traditional color of the sultanate. The slanted white-black field represents the Sultan’s two main advisers. The state arms in the middle contain, among other things. a moonlight as a symbol of Islam.

The flag was established in 2010 and consists of three equal horizontal stripes of yellow (top), green and red. Centered on the green field is a large white five-pointed star. The flag is related to the one used during the Japanese occupation of 1943-45.

The flag was officially adopted in 1960, when the country became independent. Deliberately a neutral design was chosen for colors and patterns to mark the reconciliation between Greeks and Turks. Like the crossed olive branches, the white cloth stands for peace and consensus. The yellow color of the map image symbolizes the former natural wealth copper, which was named after the island. Cyprus is the only state to display its map on its flag. The Turkish part of the island is usually flagged with a Turkish Cypriot or Turkish flag.

The flag was adopted in 1971. The colors green, white and black are the so-called panarabic. The red transverse field symbolizes the community between the seven emirates, which originally each had a full red flag.

The flag was officially introduced in 2004 and can be traced back to the 1300’s. It was used by the national movement Democratic Front in the revolt against Eduard Shevardnadze. The flag is white with a central red cross and four smaller crosses, so-called bolnuri – catskurur crosses in the corners.

The flag was established in 2004. Green is the sacred color of Islam, red stands for the struggle for freedom and black for the country’s dark past. In the red center field is the state arms, whose main attributes are the contours of a mosque building.

The flag was established in 1990 but was already used during independence in 1918-21. In the color symbolism, red represents the blood victims of the population in the century’s struggle against Turks and Persians, blue for the country’s persistence like heaven, orange for the people’s courage and bravery. The colors originate in the country’s nationalist movement.

The flag was introduced in 1992 but was already used in 1918-20, when the country was an independent republic. Blue is the country’s national color, red symbolizing progressive and green Islam. Moonlight with the star are also Islamic features, while the star’s eight tips represent the country’s Turkish people.

The flag was established in 1933 and modified in 2002. However, its origin dates from the beginning of the 19th century. Red is a common flag color for countries of the Persian Gulf. The white field has been used to distinguish the flag of Bahrain from the flags of other Arab countries with red as the dominant color. The outer edge of the white field is toothed, and each tooth represents one of Islam’s five pillars.

The flag was established in 1947. In a first version (red-white-green) the flag appeared from 1906, and in 1921 a characteristic spin coat was inserted in the middle field; from 1930 the flag became a symbol of the Congress Party (orange-white-green). In its final design in 1947, the spinning wheel was replaced by a wheel with 24 spokes (24 hours a day) as a symbol of life and the country’s ancient culture. In the color scheme, orange (saffron yellow) stands for courage and sacrifice but also for the Hindu people, white for purity and truth, green for faithfulness and fertility as well as for the country’s Muslims.

The flag was adopted in 1949. The big five-pointed star symbolizes the leadership of the Communist Party; the four little stars stand for workers, peasants, petty bourgeois and “patriotic capitalists”. The 5th century is in Chinese philosophy wholeness and perfection.

The flag was withdrawn in 1990 after being abolished in 1917. It was originally introduced by Peter I, who, after staying in the Netherlands in 1697, took the flag of this nation as a model, though with the colors in a different order. Officially adopted on 1799. White-blue-red (in various locations) became “Slavic” in color, common to many Eastern European states. 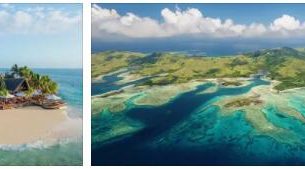 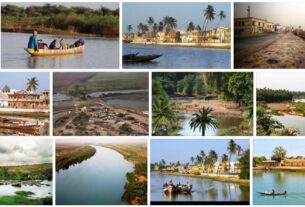 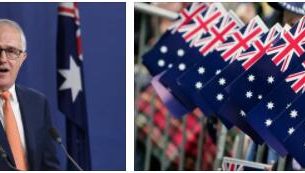