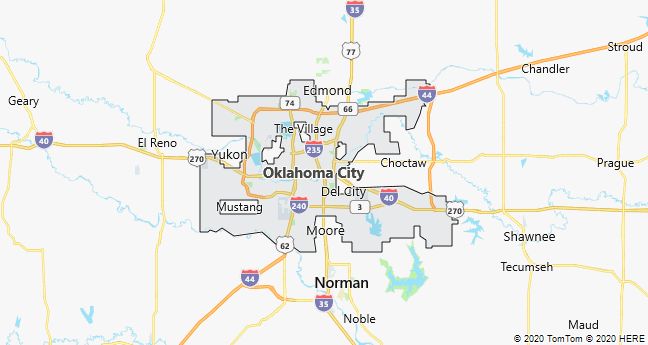 Oklahoma City, the capital of Oklahoma, USA; 580,000 residents (2010), approximately 1600 km2. Oklahoma City emerged on April 22, 1889, when parts of the Native American Oklahoma Territory were released to settlers. After this, it developed into a trading center for especially cattle and wheat, and after oil discoveries in 1928, it became home to a large oil industry, which was later supplemented with aerospace, automotive and electronics industries. The largest workplaces include Tinker Air Force Base on the southeastern outskirts. 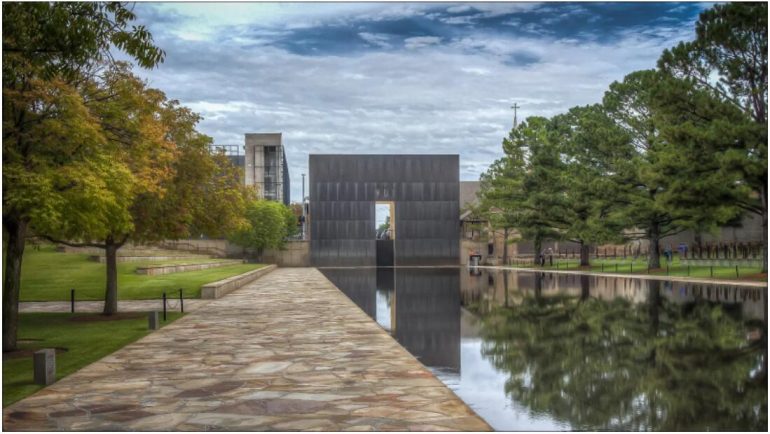 The city is known for a 1995 bombing of a public office building, the AP Murrah Federal Building. 168 people died in the explosion, which was launched by people affiliated with right-wing militia groups.

On 20.5.2013, the town of Moore was hit, which is located approximately 10 km south of Oklahoma City city center, by a violent tornado. Large parts of the city were totally destroyed, including a school, and many were killed.

Tulsa, a city on the Arkansas River in northeastern Oklahoma, USA; 391,900 residents (2010). The town, founded by creek Indians in 1836, has from the early 1900-t. been the center of a significant oil industry. Subsequent approaches to the aerospace, electronics and pharmaceutical industries have been able to partially offset the decline in oil activities since the 1980’s. 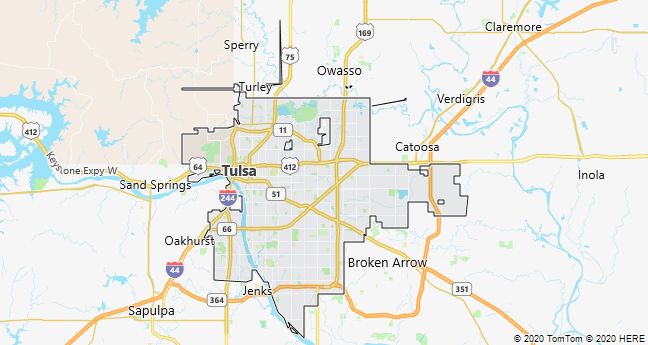 Enid, a prairie town in northern Oklahoma, USA; 49,400 residents (2010). The town is located in the former Cherokee Reserve, where it developed from day to day when the area was opened to white settlers after the breach of treaty on September 16, 1893. Now it is the center of a large hinterland with wheat cultivation. 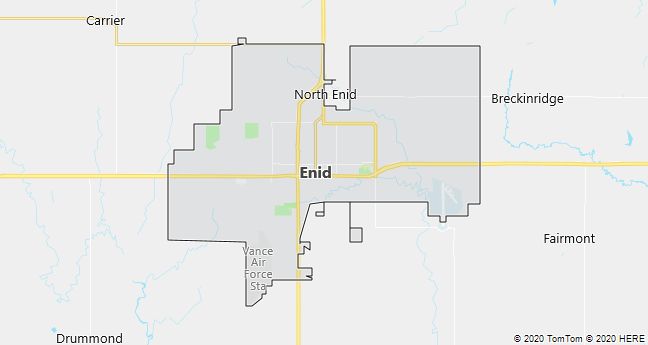 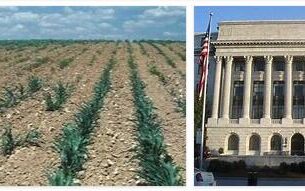 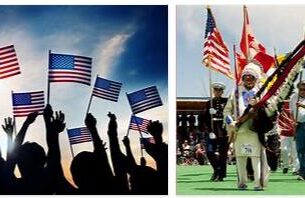