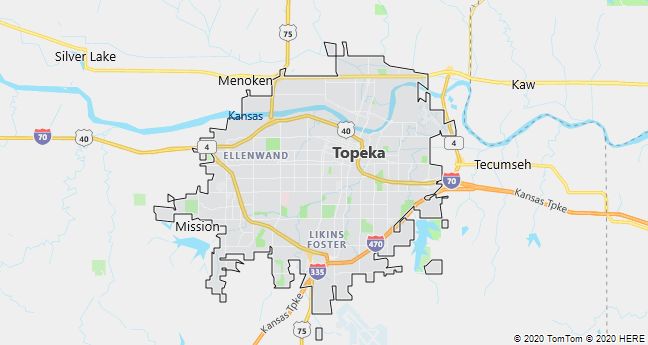 Topeka, the capital of Kansas, USA 90 km west of Kansas City; grdl. 1854, 127,400 residents (2010). The city, characterized by state administration and agricultural-related businesses, is known for the Menningar Foundation Psychiatric Center and Washburn University of Topeka (1865). On the southern edge is the Combat Air Museum with a collection of 75 military aircraft from 1917-80. The city’s name is associated with the 1954 Supreme Court ruling declaring racial segregation in schools unconstitutional.

Wichita, largest city in Kansas, USA, on the Arkansas River in the south; 382,400 residents (2010). The city has a number of higher education institutions and a large and versatile industry, which is led by the aircraft factories by McConnell Air Force Base on the outskirts of town. The Old Cowtown landmark is a replica of Wichita from the 1870’s, when the city was an important cattle center. 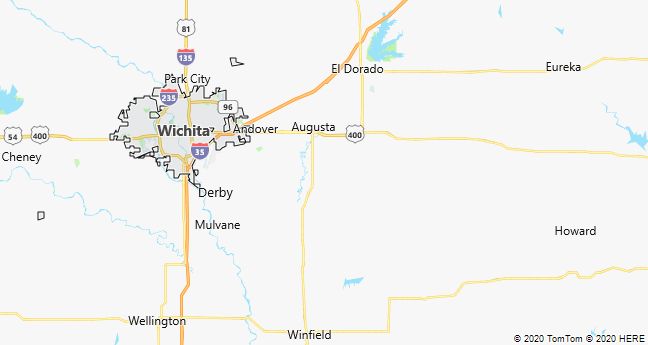 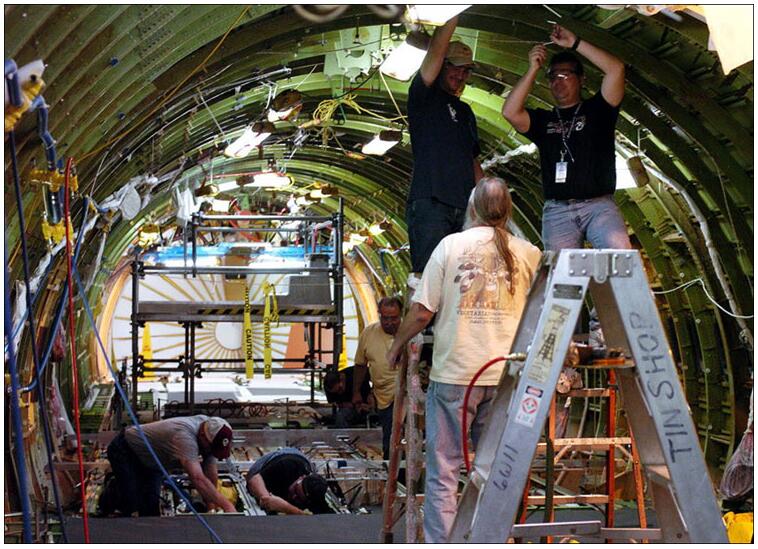 Dodge City is the center of a large agricultural area (wheat, millet, cattle), but is especially known for its past as a lawless cowtown in the 1800’s wild west. Here lived and worked legendary law enforcement officers such as Wyatt Earp and Bat Masterson, who later, like the city itself, were immortalized in My Darling Clementine, Dodge City and other westerns. 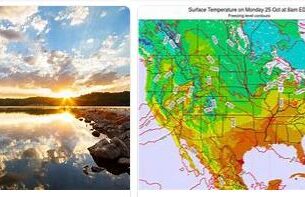 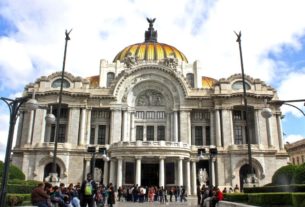