Kansas is a US state located in the Midwest of the United States. Kansas was named after Kansa, which means “people of the south wind” in the Sioux language, and the Kansas River, which flows through the US state.

Kansas was incorporated on January 29, 1861 as the 34th state of the United States. Its residents are referred to as “Kansans”. With an area of ​​213,096 km², Kansas is the fifteenth largest state in the USA. The capital of Kansas is Topeka, about 127,473 people live here. But Topeka is not the largest city, but Wichita with about 382,368 residents.

The state of Kansas is bordered by Nebraska to the north , Colorado to the west, Oklahoma to the south, and Missouri to the east.

The western two-thirds of Kansas is part of the Central Plains, a large plain, a prairie area formerly traversed by large herds of buffalo. Today, mainly cattle are bred and wheat is grown there. Due to the moderate amount of precipitation, artificial irrigation is used in agriculture for the most part.

The eastern third of the state is hilly, partly forested, and has more rainfall. Here is also the highest point in Kansas, Mount Sunflower in Wallace County (1231 m).

Economically, Kansas has a lot to offer. It is the US’s wheat producer, the second largest beef producer and owns the largest natural gas fields in the US. In addition, the legendary Route 66 still runs through Kansas today.

Kansas has a continental climate with cold winters, hot summers, and little rainfall. In the west there are blizzards in winter. The state is also part of Tornado Alley, the tornado-prone area of ​​the United States. It is the state with the highest number of tornadoes per year after Florida and Oklahoma.

There are some small sights in Kansas, such as historical buildings, beautiful nature and small charming places. Popular attractions here include the Sedgwick County Zoo, the Museum of World Treasures, Deanna Rose Children’s Farmstead and the Tanganyika Wildlife Park.

On a sightseeing flight over Kansas people like to look at the round fields. They were laid out in a circle so that they can be better artificially irrigated.

There are no UNESCO World Heritage Sites in Kansas.

There are no national parks in the state of Kansas, there are only a few nature reserves.

Cities and larger towns in Kansas

Smaller airports are in Kansas in the cities of Dodge City, Garden City, Great Bend, Hays, Hutchinson, Salina or Topeka.

Opening hours & entrance fees to the Museum of World Treasures

Family Night is held on the first Thursday of the month from 5:00 p.m. to 7:00 p.m. Tonight, admission is $5 per person, and children under four are free.

The museum is closed on Thanksgiving, Christmas, Easter, and the last Saturday in July for the museum’s annual fundraiser.

Directions to the Museum of World Treasures

The building is just east of downtown and in a converted former paper warehouse. Old Town offers a vibrant mix of restaurants, shops, clubs and attractions in central Wichita.

Address of the Museum of World Treasures in Kansas 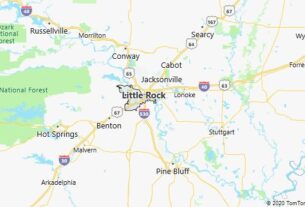 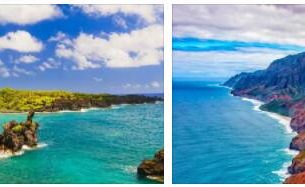