The two rival groups gave rise to the two traditional parties, reformist and conservative first, liberal and conservative then, which still control Canadian political life today. These internal conflicts, complicated by those with the French speakers and by the demographic increase, provoked in 1837 two revolts in Upper and Lower Canada, the first led by WL Mackenzie, against the dominance of the Family Compact, the second by L.-J. Papineau to achieve political, social and national reforms. Both were crushed, but, mindful of the experience with the United States, Great Britain, at the proposal of the governor Lord JG Durham, introduced some fundamental reforms, uniting the two provinces into a single political entity with an Assembly in which Upper and Lower Canada were equally represented (“Reunion Act”, 1840). With the abolition of some laws inherited from the feudal period, between 1840 and 1856 Canada was thus on the way to becoming a modern country. After the transformation of the Legislative Council into an elective (1856) and the choice of Ottawa as the capital (1858), 1867, with the promulgation by the English Parliament of the “British North America Act”, marked a fundamental turning point in the constitutional life of Canada.. Noting the inadequacy of the unitary solution for coexistence between Anglophone and French-speaking Canadians, the Act transformed the country into a federation formed by the provinces of Québec, Ontario,

The term dominion, with which the new entity was designated, indicated that Canada was no longer a colony, although it was not yet a state, as internal self-government did not correspond to the ability to act internationally. In fact, the English government was always competent for foreign policy. Between 1870 and 1873, with the accession of Prince Edward Island, British Columbia and the intermediate territories, formerly belonging to the Hudson’s Bay Company dissolved in 1870 (Manitoba, Alberta, Saskatchewan, Northwest Territories and Yukon ), according to computergees, Canada assumed continental dimensions. The purchase of the new territories took place not without difficulty and the government had to face two revolts in 1869 and 1885, led by the French-Canadian Louis Riel, whose execution contributed to the worsening of relations between the two ethnic groups. On the political level, the life of the country until the First World War was dominated by the debate between conservatives and liberals on how to maintain a situation of equilibrium between the United States and Great Britain, a still topical problem in the country’s political life. This then translated into the choice between protectionism, supported by conservatives, and trade liberalization, especially with the USA, supported by liberals. The coming to power of the French-Canadian liberal Laurier (premier from 1896 to 1911) made possible the introduction of preferential tariffs in favor of Great Britain, within the framework of the interimperial system of preferences, while maintaining excellent relations with the USA. It was during Laurier’s tenure in power that Henri Bourassa’s nationalist movement developed in Québec and is still very much alive in the country today. Canadian participation in the First World War (under the government of R. Borden, conservative) had as its main consequence the complete emancipation of Canada. Already during the conflict the Canadian premier participated in the imperial war cabinet and in 1919 the Canadians sat with the winners at the Versailles Conference. In 1931 the statute of Westminster, which sanctioned the evolution of the empire into the Commonwealth, consecrated the independence of Canada. The postwar period marked the return to power of the liberals, who remained there from 1921 to 1957, except for two brief periods – in 1926 and from 1930 to 1935 – and the start of the industrialization process, which in the second post-war period will impose Canada on world markets. . Economic development was not exempt from crises affecting mainly farmers.

54.5% of the population are Inuit, Indians and Métis. 20% of the population state their mother tongues other than English and French, and there are a total of eleven official languages. The Northwest Territories are divided into five administrative regions: Inuvik Region, Sahtu Region, Dehcho Region, North Slave Region and South Slave Region. The most important settlements are Yellowknife (headquarters of the administration) and the centers of the administrative regions.

The Northwest Territories extend north of the 60th parallel, they are bordered by the Yukon Territory to the west and Nunavut Territory to the east. Much of the country is covered by the Canadian Shield taken. The northern Canadian-Arctic archipelago forms the geological-geomorphological region of Innuitians, which on Ellesmere Island rises to 2,604 m above sea level and has extensive ice fields. In the west of the Northwest Territories, the Franklin Mountains and west of the Mackenzietales extend the Mackenzie Mountains (up to 2,900 m above sea level), a continuation of the Rocky Mountains. The Northwest Territories have sub-arctic and arctic climates with permafrost (mean January -29 ° C); The predominant is the treeless tundra, in the south transition to the boreal coniferous forest. The largest of the many lakes are the Great Bear Lake and the Great Slave Lake. – Ore mining (zinc, lead, gold), natural gas, oil and diamond extraction as well as fishing and a small,

Story: In 1870 the Hudson’s Bay Company ceded its previous holdings in British North America to the Canadian government. This united them to the Northwest Territories, which were expanded in 1880 by the previously British Canadian Arctic Archipelago (largest island: Baffin Island). From the part of the Northwest Territories south of 60 ° north latitude and west of Hudson Bay, the provinces of Manitoba, Saskatchewan and Alberta emerged within their current borders by 1912. The provinces of Ontario and Quebec were expanded to Hudson Bay and Hudson Strait, respectively. The extreme northwest was organized as an independent Yukon Territory in 1898. On April 1, 1999, according to the 1993 treaty between the Canadian government and the indigenous Inuit, the former eastern part of the Northwest Territories was closed until around 110.Outsourced Nunavut Territory. 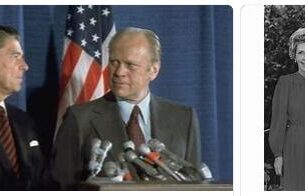 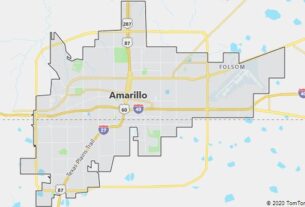