The marshland on the Nova Scotia peninsula, inhabited by the Acadians, French settlers, until they were expelled by the British in 1755, has old settlement remains and dykes.

In the 16th century the village was founded by Basque sailors to hunt whales from there. The main reason for the hunt for whales was to extract oil that was sold to Europe. Red Bay thus represents the earliest and probably best-preserved evidence of European whaling. The historic whaling station shows the remains of the equipment used to produce the oil, living quarters, a cemetery, berths and a sunken whaling ship.

The sanctuary on the Avalon Peninsula in the southeast of the Canadian island of Newfoundland consists of a narrow, approximately 17-kilometer-long coastal strip. The rugged cliff with its impressive rocky cliffs was formed in the Ediacarium about 560-580 million years ago, when the land mass from the seabed was still pushing up.

Mistaken Point is one of the most important localities for Ediacaran fossils, the oldest known macrofossils. These were soft-bodied, mostly conspicuously flattened multicellular animals that only appeared in this geological age. They were the first large and biologically complex organisms after three billion years of evolution, in which microorganisms had dominated until then. These fossils thus illustrate a crucial milestone in the history of life on our planet.

Pimachiowin Aki (“the land that gives life”) is a forest landscape crossed by rivers, lakes and marshland, which extends west of Lake Winnipeg over parts of the Canadian province of Ontario. The almost 30,000 square kilometer protected area belongs to the ancestral area of ​​the Anishinabe (Ojibwa), an indigenous people of fishermen, hunters and gatherers.

Living with and in nature: For thousands of years these communities have lived in a respectful way of dealing with the land and everything that is living. The tradition of Ji-ganawendamang Gidakiiminaan (“guarding the land”), which has remained alive for generations, is shown by a complex network of surfaces for subsistence farming, living areas, streets, ceremonial sites and holy places, which are connected by waterways. 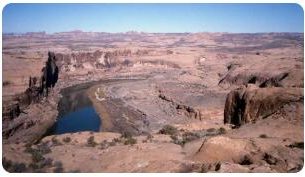 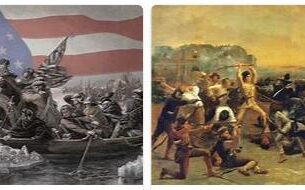