The La Amistad National Park, located on the border between Panama and Costa Rica, extends in the southern part of the Cordillera de Talamanca. It is covered up to 90% by rain and cloud forest and contains one of the largest untouched tropical forests on earth. The Talamanca Mountains are the largest and highest mountains in Costa Rica, rising to over 3,500 meters.

For millions of years a sea separated the two American sub-continents, until the submarine continental plates collided here, the sea floor lifted under violent volcanic eruptions and that Central American land bridge formed between two natural geographical areas that had previously developed independently of one another. After the north was connected to the south of the double continent America, animal and plant species were able to spread southward from their northern distribution areas to the tropical regions, and vice versa, species from the southern latitudes reached the young Central American mainland. The Central American land bridge, which is only 80 kilometers wide at its narrowest point in Panama, became a unique “melting pot” of plant and animal life. Cordilleras the countries of Central America. That is why their landscapes and habitats range from palm beaches to high mountain ranges. And because the weather zones of two large oceans meet above them, the forces of nature intensively and visibly ensure species-rich and evergreen vegetation.

The Cordillera de Talamanca forms the highest and most pristine part of the Central American Cordillera; it extends from the south of Costa Rica all the way into Panama. In this area, which also has the highest elevation, the Cerro Chirripó, a cross-border area of ​​the most valuable natural area twice the size of the Saarland has been placed under state protection under the unifying name of “Friendship” – “La Amistad”.

Most of this nature reserve is covered by dense mountain and lowland rainforest, depending on the altitude. On the Costa Rican side, it is also the largest contiguous jungle area in the country. The tropical rainforest is usually impenetrable or even a “green hell” only at higher altitudes and where there is sufficient light in clearings as well as along lagoons and jungle rivers. The untouched lowland rainforest, on the other hand, allows hardly any light to fall on the ground due to its dense upper canopy, so that it is largely free of undergrowth and therefore easily passable. In the dense canopy, especially of the mountain rainforest, bromeliads and orchids can be found like under a green canopy how Phragmipedium longifolim unfold, the flower of which is reminiscent of the lady’s slipper native to Europe.

Because of the different altitudes and climatic differences, there are also large areas of moorland in the protected area and, as with the rocks of Los Crestones, a pronounced cripple vegetation. Sometimes you can find cool subalpine cloud forests in higher regions. Of the mountain formations in La Amistad, the aforementioned jagged red sandstone pinnacles of Los Crestones are among the most beautiful. The glacial valleys, terminal moraines and glacial lakes near the Costa Rican border are the only traces of the Ice Age in Central America.

No other nature reserve on the American continent offers such a variety of habitats for the most diverse animal species. Pumas, jaguars and ocelots roam the area looking for prey, lowland tapirs “sniff out” the area in search of lush greenery. Black-brown cloak howler monkeys mark their territory with loud singing, while the bright green quetzal, whose long tail feathers, are the highest dignitaries of the Mayas decorated, in search of all kinds of fruits. Descendants of the indigenous indigenous population, Bribri, Brunca and Guayamí, live in the reserve, who operate the simplest subsistence farming in this area and still speak their own language. These indígenas, who escaped the Spanish Conquista by retreating into the jungle, no longer need to fear for their land and their way of life. 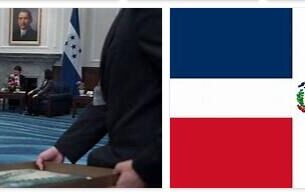 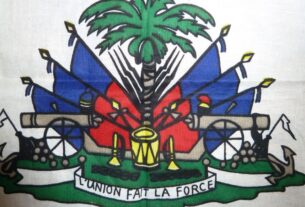