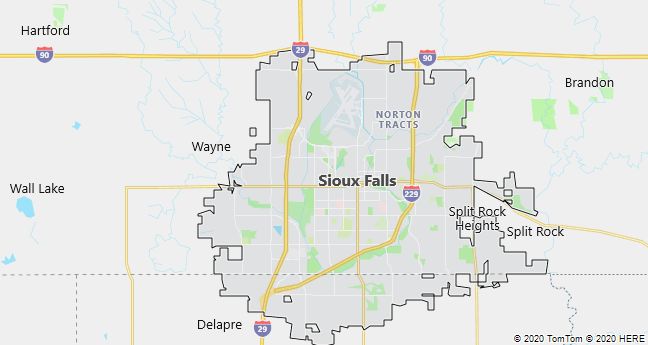 Sioux Falls, a prairie town in southeastern South Dakota, USA; 153,900 residents (2010). The town is the trading center of a large agricultural area with cattle and grain (wheat). Of economic importance is also industry and banking, which gained new growth after the banking holding company Citicorp in 1981 moved its department of payment cards to it. The city was founded in 1857 and is home to Augustana College and the University of Sioux Falls.

Rapid City, town on the east coast of the Black Hills of South Dakota, USA, located at an altitude of 993 m; 68,000 residents (2010). The city, which emerged in connection with a gold rush in the 1870’s, is the service center for surrounding forestry, agriculture and mining (especially gold and silver). Attractions include the Sioux Indian Museum and the Geological Museum at the SD School of Mines & Technology. However, tourism is mainly based on Badlands National Park towards the SE and the excursion destinations in the Black Hills. 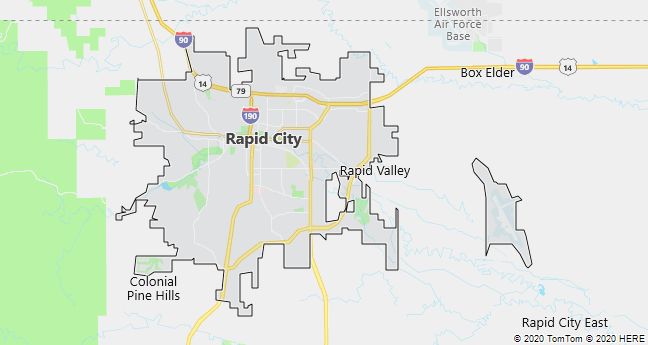 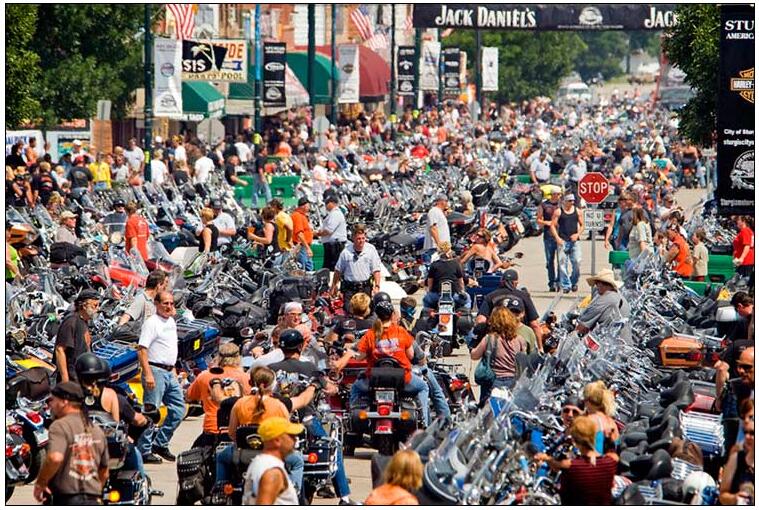 Pierre, capital of South Dakota, USA, located on the Missouri River; 13,600 residents (2010). In addition to being the seat of the Land Administration, Pierre is a trade center for agricultural products (dairy products, cereals, beef). The only major attraction is the South Dakota Cultural Heritage Center (1989) with a focus on the culture of the Prairie Indians in particular. 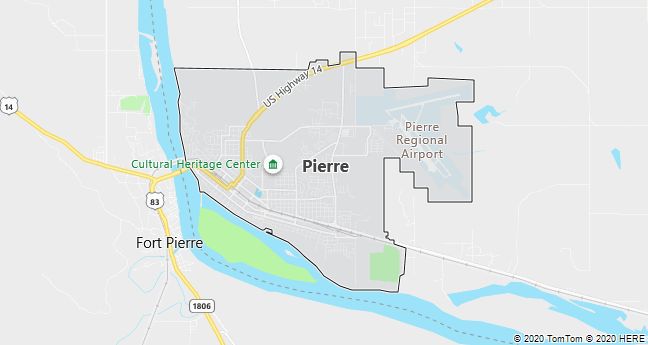 A few km north of Pierre is the 75 m high dam Oahe Dam (1962), which dams Lake Oahe, which stretches approximately 370 km up the Missouri River. 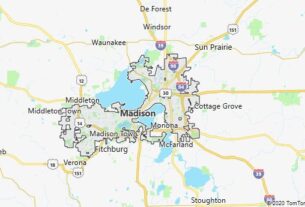