It is not known precisely in what era the first inhabitants settled in the territory that corresponds to present Canada. It is certain, however, that they came from Asia, when Siberia was still connected to Alaska with an isthmus corresponding to the current Bering Strait. This hypothesis is validated by the fact that the breeds most similar to the indigenous populations of Canada are the Mongolian ones, which occupy north-eastern Asia. At first these populations were nomadic and practiced fishing and hunting exclusively; but later, when they settled in the fertile regions around the Great Lakes, they also dedicated themselves to agriculture and became sedentary. See Countryaah for population and country facts about Canada. 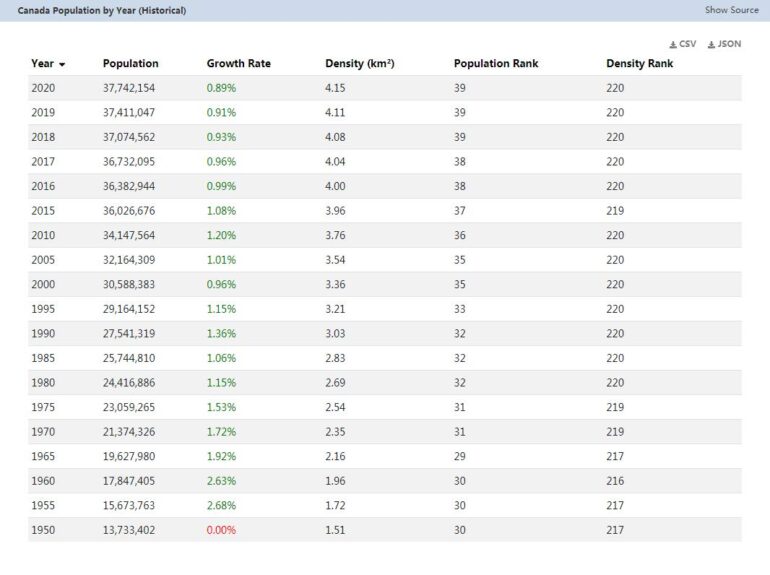 It is now established that the first Europeans to set foot on the American Continent, and precisely in Canada, were the Normans (Vikings): it seems that they reached the Gulf of San Lorenzo and Nova Scotia towards the eleventh century after Christ. But since the Normans left no news about their daring journeys, nobody in Europe could suspect the existence of that continent.

The first, after the Normans, to land on the Canadian coast were the Venetian navigators Giovanni and Sebastiano Caboto. Leaving in May 1497 from the port of Bristol (they had placed themselves in the service of the King of England Henry VII), they arrived at the Breton Cape, after a month and a half of navigation.

The following year, the Cabotos made the trip again and explored the coast further south.
After the voyages of the two Italian navigators, the European nations overlooking the Atlantic organized large maritime expeditions, in order to better explore the discovered lands.

In 1501, the Cortereal brothers, head of a Portuguese expedition, explored the coasts of Newfoundland and Labrador; in 1524 the Italian Giovanni Verrazzano took possession, in the name of the French king Francis I, of the current Labrador peninsula, giving it the name of “New France”.

The French Giacomo Cartier explored the Canadian territory much further: in 1535, he went up the San Lorenzo river and reached the cities of Stadacona (present-day Quebec) and Hochelaga, near today’s Montreal.

Returning from their travels, the explorers had made it known that many areas they traveled would offer excellent living opportunities for Europeans. Thus, starting from the early seventeenth century, the influx of the first settlers into North America began: above all the French, the English and the Dutch decided to settle definitively across the Atlantic. While the British secured the territories along the Atlantic coast (from Florida to where Boston now stands), the French, going up the San Lorenzo estuary, first occupied the Great Lakes area and, later, much of present-day Canada. In 1608 the French colonists founded the city of Quebec.

In the early eighteenth century, a war broke out in Europe that saw France, Spain, Portugal lined up against
Austria, England and Holland. England entered the conflict with a very specific plan: to take away from France the colonial power that hindered its full dominion over the seas. And luck was on his side: repeatedly defeated in 1713 France had to give England the island of Newfoundland, Acadia (later called Nova Scotia) and Hudson Bay.

After a new war, which broke out in 1756 and during which the French and the English still found themselves adversaries, France lost almost all of its colonial possessions. In 1763 it ceded Canada, some islands of the Antilles and almost all African colonies to England. France’s plan to establish an immense empire in North America could be considered destroyed.

The form of government that England put in place in Canada soon caused discontent among the British colonists themselves. And the reason was this: the representatives of the people were excluded from the government of Canada (governed by a Governor and a Council appointed by the King of England).

England believed that the wealth of the colonies should only benefit the mother country. For this reason it provided to limit the freedom of its settlers: for example, they were forbidden to open private industries and sell the colony’s raw materials to other nations. By forbidding them to participate in the government, he made it impossible for them to protest against these measures and assert their rights.

It was natural that the English colonists, accustomed in the motherland to a government in which the representatives of the people occupied a first-rate position, could not long endure such a way of governing. In fact, a violent revolt broke out in 1837. England then thought of sending the Earl of Durham, a very skilled politician, to Canada to study the causes of the uprising and suggest the necessary remedies.

After six months in the colony, the Earl of Durham made it known that in order to establish good relations between the colonists and the motherland it was absolutely necessary that England recognized them some rights and allowed the representatives of the people to participate in the government. At first England did not want to give in; but then, in 1846 the British Parliament granted Canada a government in which politicians from the colony, directly elected by the people, could participate. The colonists had won: now they could have a democratic government, similar to what there was in England.

The Earl of Durham had also had another idea: to form a federation of all the English colonies of North America. Although initially rejected, the idea later appeared excellent. In fact, after the mid-nineteenth century, Canada and some British colonies saw the need to unite to defend themselves above all from the attacks by the United States of America that sought to expand their territories north.

The representatives of the British colonies of Canada, Nova Scotia and New Brunswick, who met in Quebec in October 1864, decided to form an English colonial confederation, to which they gave the name of “Dominion of Canada”.
The “Dominion of Canada” gradually enriched itself with new territories: in 1869 it secured the immense regions that extend across northern and western Canada (the so-called Northwest territories); in 1870 the Manitoba; in 1871 British Columbia with the islands of Vancouver and Prince Edward; and in 1905 Alberta and Saskatchewan. The territory of Canada thus came to include 9,659,400 sq km, an area slightly less than that of Europe.

The “Dominion of Canada” also made considerable progress in the political field: it managed to give itself a form of government equal to that of England. It was an attempt to establish itself as a nation in itself and therefore to avoid as much as possible the domination of the motherland.

The recent industrialization of the eastern provinces, with the consequent emancipation from taxes paid abroad, especially to the US (United States), for industrial products, increasingly developed a Canadian national conscience, which on the one hand was increasingly erasing the last remnants of the moral and political dependence on England, and on the other constituted a real barrier against any economic, political and moral attempt to subjugate by the US. In fact, they did not hide their aims on that territory which, in truth, they considered as a American land, or another star to add to the flag.

However, there were several commercial treaties with facilitated tariffs, since the Canadian markets were certainly very important for the US as for the United States for Canada, after the British ones. 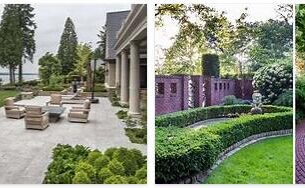 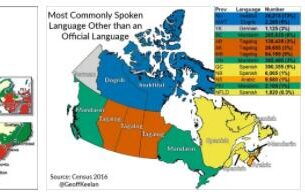