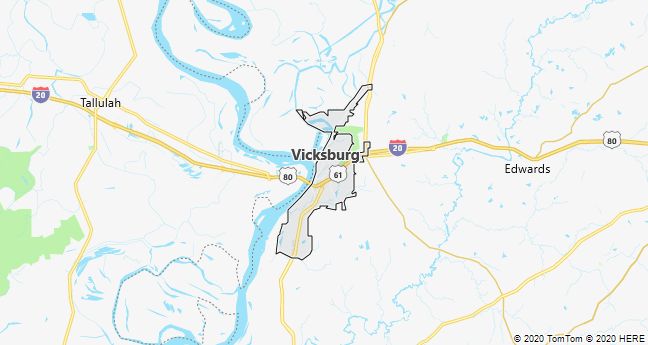 Vicksburg, Mississippi Port City, USA on the Mississippi River, 23,900 residents (2010). It is known for the Vicksburg National Military Park. Jackson, the capital and largest city in Mississippi, USA. 173,500 residents (2010), of which 71% are black. The city is located in the state by the Pearl River and is an important administrative and training center in the force of the state and institutions like Millsaps College and the University of Mississippi Medical Center. Large gas discoveries in the 1930’s contributed to economic growth, and the city has many industrial enterprises (furniture, textiles, food, etc.). The original city, which was chosen for the capital in 1821, was at the nearest wiped out by northerners Army during the Civil War in the 1863.