Urbanization in the Central Atlantic States

However, in the region from Massachusetts Bay to Chesapeake Bay, that is to say from southern New England to Maryland, there is a concentration of cities unique in the world, five of which counted over a million residents. as early as 1850. First of all the cities of the Atlantic “megalopolis” is New York, favorably situated on the magnificent Hudson estuary, halfway between the north and south of the region, well connected to the interior. It is a gigantic human concentration of over 8 million residents. (but the metropolitan area, the so-called SMSA, standard metropolitan statistical area, in 2005 it reached almost 20 million and was the second in North America), incontrovertible symbol of the entire American civilization and its extraordinary cosmopolitanism, defined as the “heart and brain of the nation”; it is a very important port, airport, industrial (manufacturing sector) center, world financial hub, naturally home to prestigious museums, artistic and cultural institutes of international interest. AS of New York are: Newark, in the State of New Jersey, a city that can indeed be considered as a gigantic industrial suburb of New York; Philadelphia, Pennsylvania’s urban hub, the Quaker city founded by W. Penn, an illustrious historic center (the congresses that led to the independence of the United States were held here) which for a long time was New York’s great rival, very active in the most varied industries, hosting among other things the most powerful oil refinery on the Atlantic coast the USA, and the fourth largest urban agglomeration in the country; Baltimore, Maryland, also with highly diversified industries and a major port; finally Washington itself, one of the most beautiful and airy cities in the USA, located in the Federal District (DC = District of Columbia), a 178 km² square of land originally divided between the states of Maryland and Virginia, which President G. Washington chose specifically to host the political and administrative center of the country and that as a “simple” capital (generally in the USA, unlike European traditions, the capitals do not correspond to the major centers of the respective states, since the political role is quite distinct from the economic one) has become a metropolis with multiple functions. AN of New York, the main hub of the population is Boston, with functions similar to those of the other large Atlantic cities, i.e. ports and commercial in general, industrial, financial, as well as being an illustrious cultural center (Boston is among other things the headquarters of the prestigious Massachusetts Institute of Technology, while in nearby Cambridge the glorious Harvard University is located, the oldest in the USA) activated by the descendants of the old Puritan America of New England. Here are gathered the fundamental activities of the nation, cultural, industrial, commercial, and a population that is at the forefront in terms of living conditions, degree of culture, level of consumption, even if they are not lacking, more or less hidden inside the grandiose fabric, conditions of poverty. United States is a country located in North America according to CHEEROUTDOOR.COM.

Urbanization In the States of The Great Lakes Area

The region of the Great Lakes, already mentioned, is linked to the central Atlantic region, where powerful industrial cities are gathered, including: Pittsburgh, another metropolis in Pennsylvania, the historic center of the American steel industry; Cleveland, Ohio, also with colossal steel plants; Detroit, Michigan, the world capital of the automobile, which is the focal point of a vast historical cradle of the mechanical industry, despite the decline that seems to have affected the city since the early years of the century. XXI; finally and above all, on Lake Michigan, the gigantic Chicago, in Illinois, whose fortunes are due to its functions as a link between the Great Plains and the East, home to powerful industries linked above all to agriculture and livestock in inland regions but also metallurgical, mechanical, textile, etc. Similar in appearance to that of New York, together with which it represents one of the most typical expressions of American urbanism, and with which it is the largest financial center in the country, Chicago hosts, among other things, one of the largest and most active airports trade of the world. The development of the cities of the Great Lakes has been favored by the communication routes, well connected with the Atlantic Ocean, as well as by the fact that they are located in the center of productive agricultural areas. 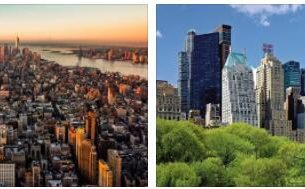 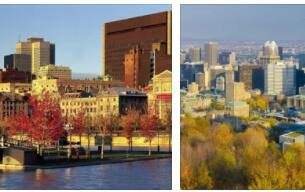 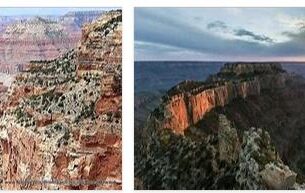