Tennessee is one of the southern states of the USA and is known for its diverse music. Blues, rock ‘n’ roll (Memphis) and country music (Nashville) all originated in Tennessee. But not only the music makes Tennessee famous, also the legendary whiskey from Jack Daniel’s and George Dickel.

In Tennessee there is also a lot of historical architecture, sights and a beautiful landscape with many forests, fields, mountains and rivers that make Tennessee a perfect vacation experience.

Before the separation, the Tennessee area was part of North Carolina and then the Southwest Territory.

Part of Tennessee lies in Tornado Alley, a tornado-prone area in the American Midwest. The U.S. states of Oklahoma, Arkansas, and Missouri are entirely within Tornado Alley.

Tennessee covers an area of ​​about 109,151 km² with about 6.4 million inhabitants. The capital of Tennessee is Nashville, where the most famous American country music singer Johnny Cash lived. Other well-known musicians in the state include Elvis Presley, Jerry Lee Lewis, Roy Orbison and Carl Perkins. Tennessee is also known for its Jack Daniel’s Tennessee Whiskey.

The name Tennessee comes from Tanasi, the name of a Native American settlement on the Little Tennessee River. Tennessee’s nickname is ” Volunteer State “. It dates from the time of the British-American War, when many citizens of Tennessee fought as volunteers for their country.

Visitors from all over the world come to Tennessee to enjoy the scenic beauty, music, history and hospitality. Come to Tennessee and take some time to explore our cities and countryside.

The Great Smoky Mountains National Park in Tennessee is particularly popular, it is the most visited national park in the USA.

Cities and larger towns in Tennessee

Lakes and reservoirs in Tennessee

Place to visit in the Great Smoky Mountains National Park

Cades Cove
One of the most visited mountain attractions in the Great Smoky Mountains NP is Cades Cove. Cades Cove is a wide, green valley surrounded by mountains. It is one of the most popular destinations in Great Smoky National Park. Animal watching is best done here.
Three churches, Cable Mill – a mill, barns, log cabins and many other faithfully restored buildings can be found in Cades Cove. An 11-mile circular route, which can also be driven, takes you through Cades Cove.

Cataloochee
Historical buildings from the late 19th and early 20th centuries can be seen here. Including two churches, a school and several houses and outbuildings. Cataloochee is surrounded by 6000-foot peaks.

Deep Creek
The Deep Creek area is known for its streams and waterfalls. There are hiking trails to the waterfalls and opportunities for mountain biking.

Clingmans Dome
A steep cobbled path leads to the Clingmans Dome lookout tower. At the park’s highest peak, at an elevation of 6,643 feet, is Clingmans Dome Observation Tower. It offers an impressive view of the Smoky Mountains. It is the highest point in Tennessee and the third highest mountain east of the Mississippi River. From December 1st to March 31st the observation tower is closed due to the weather.

Fontana Dam
Fontana Dam is the tallest dam wall east of the Rocky Mountains. The dam dams the small Tennessee River and forms Fontana Lake. Beautiful scenery and a large reservoir for boating await you here.

Mountain Farm Museum and Mingus Mill
Oconaluftee features both a visitor center and a mountain farm museum with a collection of historic log homes from the Smoky Mountains. You get a sense of how families lived in the Smoky Mountains 100 years ago.

Sights in the area

In Tennesse there are the following routes to the entrances of the Great Smoky Mountains National Park.

For the Gatlinburg entrance, take Interstate Highway I-40 to Exit 407 (Sevierville) to TN-66 South. At the Sevierville intersection, continue straight onto US-441 South. Follow US-441 through Sevierville and Pigeon Forge into the park.

For the Townsend entrance, coming from the north, take Interstate Highway I-40 in Knoxville to Exit 386B on US-129 South to Alcoa / Maryville. At Maryville, merge onto US-321 North / TN-73 East through Townsend. Go straight on TN-73 into the park.
From the South, take Interstate Highway I-75 to Exit 376 onto I-140 E toward Oak Ridge/Maryville. Take I-140 E to exit 376B towards Maryville. Take US-129 South (Alcoa Highway) to Exit 11A and head towards Alcoa. Merge onto TN-35 and follow it north to US-321. Follow North-321/TN-73 east through Townsend and into the park.

There is no public transport in the national park, only commercial companies that provide transport. 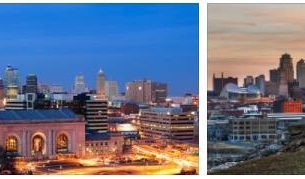 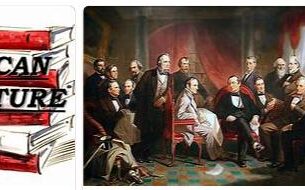 Things to Do in Miami