The highest body of legislative power is the unicameral National Assembly, elected for 5 years, consists of 165 deputies. Members of Parliament are elected on party lists and districts, according to a quota of 1 deputy from 1.1% of the total population of the country. In addition, 3 deputies are elected from each federal entity. A deputy can be elected only for two terms and is obliged to report to voters once a year. They, in turn, have the right to early recall after half the term of the mandate. Seats in Parliament are also assigned to representatives of Indian minorities, delegated in accordance with their traditions and customs. To carry out current activities, the Assembly elects a chairman, two of his deputies and a secretary from among its members for a period of 1 year.

The head of state and executive power is the president, the term of office is 6 years. The president can be re-elected for a second term immediately after the end of the previous mandate, has broad powers, has the right to dissolve parliament. The system of public authorities introduced the position of executive vice president, appointed and removed by the president. The president forms the government.

The highest court is the Supreme Tribunal of Justice. It is divided into 6 chambers, including the constitutional one. Along with the traditional branches of power, in accordance with the Constitution of 1999, two more were established – electoral and civil.

The head of state is Hugo Rafael Chavez Frias. President of the National Assembly – Francisco Amellach.

Movement V Republic. Constituted in 1997. Formed on the basis of the Bolivarian revolutionary movement-200, created underground in the beginning. 1980s Now the ruling party, in parliament, has the majority of mandates. Democratic Action, constituted in September 1941, has repeatedly been the ruling party, a member of the Socialist International. The Social Christian Party KOPEI was formed in January 1946. It was in power twice. The organization is of a demo-Christian persuasion and is part of the Christian Democratic International. The movement towards socialism, which was constituted in January 1971, spun off from the Communist Party for ideological and political reasons. Movement “Project Venezuela”, an association of liberal persuasion. Registered in 1997. Formed on the basis of the regional grouping “Project Carabobo”. The most influential trade union organization is the Confederation of Workers of Venezuela (CTV), founded on December 31, 1936, with 1.5 million members, is part of the Inter-American Regional Organization of Workers (ORIT) and the International Confederation of Free Trade Unions (ICFTU). The largest business association is the Federation of Chambers of Commerce and Industry and Associations (FEDEKAMARAS), founded on July 17, 1944.

During the period of Chavez’s tenure in power, Venezuela has experienced three most acute cataclysms. The first was in December 2001, when society reacted negatively to a package of measures in the socio-economic sphere, which included 49 laws. The answer was a one-day action of civil disobedience, which paralyzed almost the entire country. The second was in April 2002, when a general strike and a grand demonstration ended in a coup and a counter-coup. The third – in December 2002 – February 2003, when an indefinite strike under the slogans of the immediate resignation of the president, which lasted 63 days, caused enormous damage to the national economy. Negotiations between government and opposition to the peaceful resolution of the conflict, which began on November 8, 2002 under the auspices of the Organization of American States, was constantly interrupted. In March 2003, an agreement in principle was reached to hold an annulment referendum in accordance with the Constitution after August 19, 2003, when Chavez’s tenure as head of state is halfway through. The referendum will take place on August 15, 2004. If more voters vote for the termination of Chavez’s powers than voted for him in 2000, then presidential elections should take place within 30 days.

In the international arena, Venezuela stands for building a multipolar world, for enhancing the role of the UN, against hegemonism, and condemns the use of force by the US and its allies in Yugoslavia, Afghanistan, and Iraq. Venezuela pursues a dynamic foreign policy. A number of principal directions have been identified. Strengthening cooperation with developing countries, primarily with Latin American ones. Close rapprochement with Cuba. Intensification of contacts with OPEC member states in order to coordinate efforts to maintain acceptable prices. A sharp turn towards Southeast Asia, especially China and India. Further development of relations with the EU. Building bridges in the Russian Federation. One of the indicators of foreign policy activity is the intensive foreign trips of President Chavez, his personal participation in numerous summit meetings. He also visited Russia twice. In May 2001 – on an official visit at the invitation of a Russian colleague. The Diplomatic Academy of the Ministry of Foreign Affairs of the Russian Federation awarded W. Chavez the title of doctor “Honoris causa”. In December 2001, the Prime Minister of the Russian Federation M. Kasyanov visited Venezuela, in December 2003 – the Minister of Foreign Affairs I. Ivanov.

The Bolivarian Republic of Venezuela has diplomatic relations with the Russian Federation (established with the USSR on March 14, 1945, interrupted on June 13, 1952, restored on April 16, 1970). 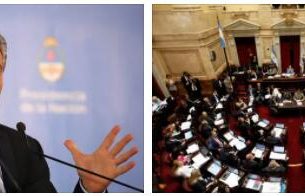 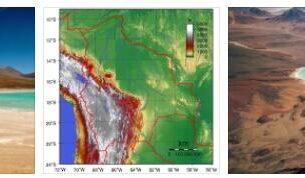