Under the Constitution of 1973, the “Westminster model” of the organization of state power operates (see Antigua and Barbuda). In January 2003, the commission for the development of a new Constitution began its work, for which 2 years were allotted. Administratively, they are divided into 21 districts. The largest cities of Nassau and Freeport on the island of Grand Bahama, in which St. 80% of the population of the country. British dominion. The head of state is the Queen, represented by the Governor General (since 2002 I. Dumont). Legislative power is vested in a bicameral parliament consisting of a 40-member House of Assembly, elected by universal direct and secret suffrage by a majoritarian system for 5 years, and appointed by the governor-general, a 16-member Senate, 4 of whom are nominated by the leader of the opposition. Executive power belongs to the government made up of members of parliament. The Prime Minister is the leader of the parliamentary majority appointed by the Governor General (since 2002 – P. Christie).

Local government has been introduced in the Family Islands since 1996. Members of 24 city committees are elected for a term of 4 years. From among them, the chairman and members of the executive bodies – city councils are elected, the number of which in each case is determined by the Minister for Local Self-Government. The main part of local budgets is provided by transfers from the central government, a smaller part is provided by fees for registration and licensing of certain types of activities.

The most prominent political figure in the history of the Bahamas was L. Pindling, the founder of the country’s first Progressive Liberal Party in 1953. The party led by him, which initially expressed the interests of the Negro population, became the main force in the struggle for the abolition of property qualifications, the introduction of universal suffrage, and obtaining an internal self-government. From 1967 to 1992 he was Prime Minister of the Bahamas, during his time in power the country was able to carry out a radical modernization of the structure of the economy, turn into a financial center of world importance and significantly improve the social situation of the main part of the population, in particular the level of education. In 1997, after losing the parliamentary elections again at the age of 67, he gave up his seat in the House of Assembly and left the post of party leader. Passed away in 2000.

In domestic policy, a course is being pursued to further modernize the economy through the introduction of information technologies while maintaining high levels of social welfare, in foreign policy – to cooperate with all countries of the continent from the United States to Cuba.

The Armed Forces include the coast guard, consisting of 860 people, of which 70 are women. In operations to combat drug trafficking, it interacts with the police force of 2.3 thousand people.

For children under the age of 16, education is compulsory and free; 89% of primary school graduates go to secondary school. There are (2000/01) 163 public and 50 private schools with 61.5 thousand students. Since 1995, a computerization program for schools has been implemented. Education is continued by 24% of school graduates. Secondary specialized education is provided at the College of the Bahamas, which awards a bachelor’s degree in 27 specialties, has 4 thousand students, half of which are evening and correspondence courses. Training in technical specialties is conducted at the technological and vocational institute. Since 2000, the government has been providing soft loans to students, the repayment of which begins after graduation. K ser. 2002 2.5 thousand people received loans. Several US universities organize weekly and evening courses in Nassau for residents of the country. 3 daily newspapers are published, the oldest is The Nassau Guardian (since 1844), and 6 weeklies. Radio broadcasting began in 1936; there are 10 radio stations and a television station.

The largest scientific institution is the center for the study of deep ocean regions on the island of Andros. The culture has a strong African influence, especially felt in folklore. Popular legends about chikcharni – creatures resembling an elf. The most outstanding events in cultural life are the musical carnival processions of the jankanu, dating back to the days of slavery. The music is dominated by the rhythms of North American blacks: blues and spiritual. A season of drama, music and dance performances and evenings is held at the Arts Center. There are museums in the capital: historical, piracy, slavery, on the island of Bimini the memorial museum of E. Hemingway. Nassau and Freeport have botanical gardens. 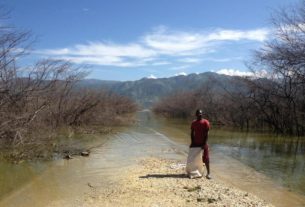 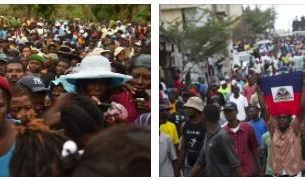