According to the 1981 Constitution, the “Westminster model” of the organization of state power operates, under which the prime minister and members of the government are required to be elected to the legislature. Such a system is designed to ensure control over the executive branch by the legislature, but in practice it is based on the principles of party formation of the executive branch, since the cabinet of ministers in its activities is guided by the guidelines of the ruling party.

Administratively, it is divided into 6 parishes on the island of Antigua, one district on the other two islands, in addition to St. John’s, Cordington, the administrative center of Barbuda, is considered a city. British dominion. The head of state is the Queen, represented by the Governor General (since 1993 – J. Carlisle). Legislative power belongs to a bicameral parliament consisting of a chamber of representatives of 17 deputies elected for a term of 5 years by universal and secret suffrage according to the majoritarian system, and the Senate of the same size, appointed by the governor. 4 senators are nominated by the opposition, two seats are reserved for representatives of Barbuda. Executive power belongs to the government, whose prime minister is appointed by the governor following the results of parliamentary elections (since 2004 – B. Spencer).

There is an autonomous legislative assembly on the island of Barbuda – the Barbuda Council of 9 members, 1 time in 2 years, half of its composition is re-elected. The functions of the Council do not include consideration of issues related to defense, foreign policy and national finances.

The United Progressive Party arose in 1992 as a result of the merger of three rather heterogeneous opposition currents, including the Progressive Labor Movement, which was in power from 1971–76. He advocates strengthening the influence of national capital. The main objects of criticism of the Laborites are accusations of corruption, links with drug dealers, and violations of human rights. In the 2004 elections, she received 56.5% of the vote and 12 seats in the lower house. Party leader – B. Spencer. The Antigua Labor Party (ALP) was founded in 1946 by W. Bird. Adheres to a conservative orientation. In favor of all-round attraction of foreign capital. It pursues a policy of restricting the political rights of the population. From 1951 to 2004 it was the ruling party, with the exception of 1971-76. In fact, power in the party belonged to the Bird family clan. In con. 1980s between two sons Bird – L. Bird and W. Bird, Jr. – a struggle for leadership flared up. V. Bird, Jr., convicted of ties with drug dealers and illegal arms trade, was forced to leave the government in 1990. In 1993, V. Bird resigned as leader of the party, his place was taken by L. Bird, who had been the party chairman since 1971. The last post went to W. Byrd, Jr. In the 2004 elections, the ALP won 43% of the vote and 4 seats in the House of Representatives. The Barbuda People’s Movement, the island’s largest party, advocates for its secession. Regularly wins a seat from Barbuda in the House of Representatives (1.1% of the vote in 2004). In 1997-2003 she had all 9 seats in the Council of Barbuda, in the mid-term elections in April 2003 she lost 2 seats to the ALP. Leader – H. Frank.

In domestic policy, a course is being pursued to maintain a positive dynamics of economic growth through active state support while attracting foreign capital; in foreign policy in the 1990s. there was a departure from the unilateral orientation towards the United States and relations with Cuba were established.

The number of the army – 125 people, the fleet – 25 people. The basis of the military infrastructure are 12 coast guard posts. Since World War II, the US naval and air bases have been preserved in Antigua and Barbuda.

Science and culture of Antigua and Barbuda

For children under the age of 16, education is compulsory and free. Education spending is 4.1% of GDP and 9.3% of budget expenditures (2003/04). There are 42 primary and 13 secondary schools. In the non-state system, 38.2% of primary and 23.2% of secondary school students studied (1999/00). 2% of high school graduates continue their studies. Secondary specialized education is provided at the State College of Antigua, in technical specialties – at the International Institute of Technology. Higher education – abroad, incl. 111 students (2002/03) study in Cuba. 2 daily newspapers, one twice a week, 2 weeklies, monthly government publication National Information, 6 radio stations and 2 television stations.

The most important cultural event of the year is the 10-day carnival associated with the abolition of slavery. Of the musical ensembles, the most popular is the “Karibana” from the island of Barbuda, whose melodies are based on African rhythms. There is a historical museum in St. John’s, the largest art gallery in Hiverly Hill, an annual exhibition of fine arts in the Harmony Hall in Browns Bay, and a maritime museum in English Bay. 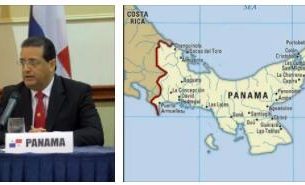 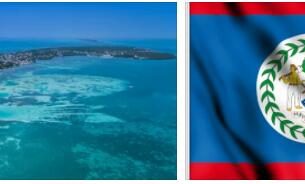 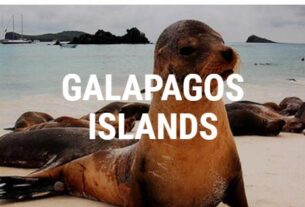