According to ablogtophone, State Route 167, commonly known as State Highway 167 or SH 167 is a state route in the U.S. state of Colorado. The road briefly connects across the High Plains, between US 50 in Fowler and SH 96 north of Fowler. SH 167 runs through the Arkansas River valley and is five miles long. 800 vehicles use the road every day.

According to beautyphoon, State Route 17, commonly known as State Highway 17 or SH 17, is a state route in the U.S. state of Colorado. The road forms a north-south route through the central south of the state, from the New Mexico state border through Alamosa to near Villa Grove. SH 17 is 142 kilometers long.

SH 17 begins north of Chama on the New Mexico state border. The state line is at almost 2,800 meters above sea level. Shortly afterwards the road crosses the 3,048 meter high Cumbres Pass. SH 17 is considered one of the most beautiful roads in Colorado here. There are no real places on the route until you reach the great valley at Antonito. At Antonito, SH 17 merges with US 285. Both roads then run north to the town of Alamosa, nearly 50 kilometers to the north. From Alamosa, the road has only one very slight bend over 80 kilometers. The road leads through flat area with irrigated agriculture. To the east is a high mountain range with peaks up to 4,300 meters. South of the hamlet of Villa Grove, SH 17 again terminates at US 285.

SH 17 is one of the original 1920s Colorado cross-state highways, and the highest number of the 19 routes still in use from that era. The original route began in Pagosa Springs, ran southeast into New Mexico, re-entered Colorado near Chama, and continued north from there to near Villa Grove.

Since 1936, US 285 has been running between Antonito and Alamosa on SH 17. From 1938, US 84 has run over the western part of SH 17 from Pagosa Springs to the border with the state of New Mexico. The part that was double-numbered with US 285 was asphalted in 1936. The Cumbres Pass section was not paved until 1970.

In 1968 the double numbering with US 84 from Pagosa Springs to the border with the state of New Mexico was removed. Since then, SH 17 has also been interrupted by US 285 between Antonito and Alamosa. This left the current parts of SH 17. The portion north of Alamosa has some through importance, as US 285, seen from Alamosa, detours west.

State Route 170, commonly known as State Highway 170 or SH 170 is a state route in the U.S. state of Colorado. The road forms a road through the rim of the Rocky Mountains south of Boulder, between Eldorado Springs and Superior. SH 170 is 11 kilometers long.

SH 170 begins as a dirt road in Eldorado Canyon State Park, a dead end in the Rocky Mountains. From the hamlet of Eldorado Springs, SH 170 is asphalted, here the road also merges into the High Plains. The road passes just south of the town of Boulder and intersects SH 93. One then reaches Superior, a suburb of both Denver and Boulder, where SH 170 ends at US 36.

SH 170 is one of the original 1920s state highways. SH 170 then ran from US 85 in Brighton to US 6 east of the city, so northeast of the Denver region. In 1939 the road was changed to a route from US 87 (current US 287) via Superior and Marshall to Boulder. This includes the current easternmost portion of SH 170. The road then ran on Dillon Road between US 287 and Superior.

In 1954 the route was shortened, the section between Marshall and Boulder was numbered as SH 93. The section between US 287 and Marshall was paved in 1960. In 1965, the portion east of US 36 was handed over to the county. At the time, the area was still rural in character. In 1977, SH 170 was extended west from Marshall to Eldorado Springs over former SH 398. Except around its junction with US 36, suburbanization along SH 170 is still limited.

State Route 172, commonly known as State Highway 172 or SH 172 is a state route in the U.S. state of Colorado. The road forms a north-south route through the south of the state, from the New Mexico state border to near Durango. SH 172 is 39 kilometers long.

SH 172 begins at the New Mexico state border, from where a minor road continues south to the Navajo Dam. SH 172 heads north through a valley, through the village of Ignacio. The road then veers west through a flat agricultural area before turning north again, ending east of the city of Durango on US 160.

SH 172 dates back to the 1930s. The southern section originally ran from Ignacio to Arboles, where it joined SH 151. The road was paved to Ignacio in 1954, as seen from Durango, and completely paved in 1960. In 1972, the numbering in this area was changed, SH 172 being rerouted to the New Mexico state border, while SH 151 was extended from Arboles became Ignacio, establishing the current routing in 1972.

300 vehicles drive daily at the New Mexico border, rising to 5,000 vehicles in Ignacio and 4,500 to 9,000 vehicles closer to Durango. The area around Durango is somewhat urbanized. 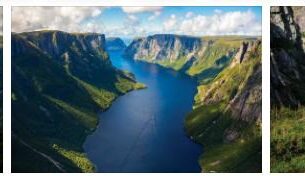 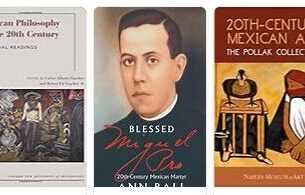 Mexico Literature from the 20th to 21st Century 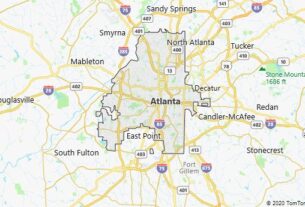