South America is relatively sparsely populated and with wide variations. It is the highest population density in coastal areas, especially in the north and east. Large interior areas and parts of Patagonia are almost empty. The most populous country is Brazil, with more than half of the continent’s population. Some valleys in the northeastern Andes are also densely populated. Population density varies from three to four inhabitants per km 2 in Guyana and Suriname to more than 50 per km2 in Ecuador. The average is 21 inhabitants per km2.

The urbanization rate is high. Most live in the major urban areas of São Paulo, Rio de Janeiro and Santos in Brazil, Buenos Aires in Argentina, Lima in Peru, Bogotá in Colombia and Caracas in Venezuela. Movement to cities is increasing. South America has a young population, high birth rates and low mortality.

In the Amazon, there are still indigenous communities that have not been in contact with the outside world. 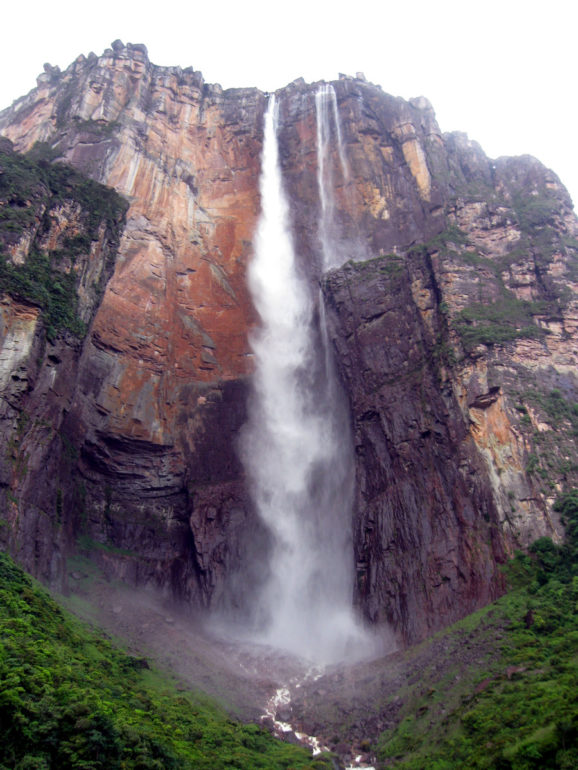 In the 16th century onwards, there was a large immigration of Spaniards and Portuguese, and during the colonial period there were slaves from West Africa, mainly to the sugar cane plantations in Guyana, Suriname and the northeast coast of Brazil. The descendants still live to a large extent here.

A large proportion of later immigrant Europeans especially to Argentina and Uruguay are of Italian and German origin. Japanese and Eastern Europeans came to southern Brazil, Chinese and Japanese to Peru, Malays and Indians to Guyana and Indonesians to Suriname. But there are immigrants from all over the world, including Norway.

About 90 percent of South America’s population professes Roman Catholic Christianity, but only about 20 percent are practicing. More recently, a charismatic revival has increasingly influenced the Catholic Church. The Pentecostal movement is the largest Protestant group. There are minorities of Bahai, Jews, Hindus and Muslims. People’s religiosity is linked to spiritualism and new forms of religion with African touch adapted to South American reality.

Spanish is spoken throughout the continent except in Brazil where Portuguese is the official language. In Guyana, English is spoken, in Surinam Dutch and in French Guiana French, as well as Creole languages.

A number of indigenous languages are still in active use throughout South America, and some are widely used locally. An example is Guarani, which in Paraguay is the equivalent of Spanish.

Economically, South America is contrasting and ranges from poor and poorly developed agricultural areas in Bolivia and Peru to highly industrialized areas in countries such as Brazil, Argentina, Chile and Venezuela. Brazil, with the world’s sixth largest economy, is the continent’s most developed industrial country. The economic gap between rich and poor is greater in many South American countries than in most other continents. The gap between wealth and poverty is clearly seen where slums are close to skyscrapers and luxury class apartment buildings.

Prior to the economic boom in the 1990s, South American countries were known to have larger national debt than most other countries. The South American business community is largely developed through the supply of capital, especially from North America and Europe.

Agriculture and forestry employ about 15 percent of the workforce. While a large majority of farmers operate small farms and to a large extent produce for their own and local consumption, the best soil lies under large estates. On small farms in the Andes, potatoes, beans and maize are grown. In tropical areas there is greater use, partly with plantations, where coffee, cocoa, bananas, citrus fruits and soybeans are grown. On steppes in southern Brazil and in Paraguay, Uruguay and Argentina, an extensive cattle herd is run, while sheep farming is important in Patagonia. There are large exports of beef from Argentina and Uruguay, and wool from the same countries as well as Chile and Peru.

There are large forest areas in Brazil, and the Transamazonas main road system has opened up large forest areas for colonization, clearing of land for agriculture and cattle farming. Intensive forest management takes place, among other things, on fast-growing tree species. In Colombia and Brazil, tropical wood species are treated as rubber trees and mahogany, and in temperate areas of Chile, fast-growing pine and pine species are harvested.

About 1/5 of the world’s fishing takes place in South America. Peru and Chile are among the world’s leading fishing nations, taking large catches in the Pacific.

A typical feature of South America’s business is the extraction of raw materials for export. The most important minerals are nitrate and copper deposits in Chile, tin in Bolivia and oil in Venezuela, Argentina, Brazil, Colombia, Ecuador and Peru. There are large mineral deposits in the Amazon basin and of iron ore in Brazil.

The traditional food and textile industry has been followed up by heavy industry in recent decades. Most of the industry is in the metropolitan regions of São Paulo, Rio de Janeiro and Belo Horizonte in Brazil as well as in big cities such as Buenos Aires and Rosario in Argentina, Santiago in Chile, Caracas in Venezuela and Lima in Peru. Cars are produced in Brazil.

The common market Mercosur is the most important economic block in the region and helps to promote trade between members.

Most South American countries have higher imports than exports, and therefore a persistent trade deficit.

Tourism is increasingly important as a source of income in most countries, especially Brazil, Argentina, Chile, Bolivia, Peru and Ecuador. 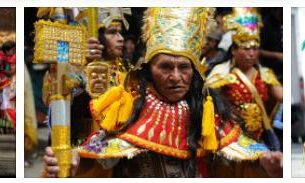 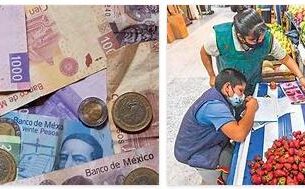