The province consists of the island of Newfoundland (German Newfoundland, 108 860 km 2) and the eastern part of the Labrador peninsula. The island of Newfoundland is part of the Appalachian mountain system; the undulating, glacial plateau in the interior of the island, criss-crossed by low mountain ranges (up to 806 m above sea level), is covered with forest or tundra and only sparsely populated. The coasts of the island are strongly structured (bays, fjords, islands), they extend over a total length of 17,000 km; numerous fishing settlements, especially on the Avalon Peninsula. The island’s climate is temperate, with cold, snowy winters; fog formations are very common.

The economic basis of the province is made up of coastal and deep-sea fishing (Newfoundland banks); Wood industry with pulp and paper mills; Mining, especially iron ores near Labrador City / Wabush; major hydroelectric power station at Churchill Falls (Churchill River). Agriculture and industry are insignificant. The dependence of the province on resources became clear due to the sharp decline in fish stocks on the Atlantic coasts. After fishing quotas were imposed, unemployment rose sharply in the early 1990s. With 13.1% (2016) it has the highest value in Canada, in some regions it is almost 30%. The commissioning of the Hibernia oil field off the coast in 1998 was hoped to generate growth impulses for the province. Based on the use of the diverse mineral resources, the expansion of the service sector (especially the financial sector) and the development of the tourism industry, the province was able to achieve an average economic growth of 5% from 2010 onwards.

History: Newfoundland, visited by Norman sailors around 1000 (L’Anse aux Meadows), but only settled after G. Caboto landed in 1497, fought over by the French and English since the 17th century because of the rich fishing, was in the peace of Utrecht (1713) awarded to Great Britain. It received self-government in 1855 and Dominion status in 1907. In 1928 Newfoundland signed the Briand-Kellogg Pact. In 1949 it joined Canada as the 10th province, whose name was officially changed to Newfoundland and Labrador in 2001.

Catholic archbishopric, Anglican bishopric; Memorial University of Newfoundland (founded in 1925 as a college, university status since 1949), Newfoundland Museum; Oil industry, shipbuilding and mechanical engineering, fish and wood processing; Sea and fishing port, terminus of a transcontinental railroad line and the Trans-Canada Highway, airport. The city has experienced an economic boom since the 1990s thanks to oil production in the nearby waters (Grand Banks) of the Atlantic Ocean.

In the area visited by G. Caboto in 1497, a permanent settlement did not emerge until the early 17th century, which developed into a fishing port. Often fought between the English and the French, the place finally became British in 1763; almost completely destroyed by fires in 1816, 1846 and 1896.

According to internetsailors, Saskatoon [sæskə tu ː n], is a town in the province of Saskatchewan, Canada, on the South Saskatchewan, 305 000 residents (Census Metropolitan Area); Seat of a Catholic bishop and a Ukrainian Orthodox bishop; University of Saskatchewan (founded 1907), Ukrainian Museum of Canada and others. Museums, art galleries; Food, chemical and electrotechnical industries; Trading center of a wheat-growing and potash-salt mining region; Transport hub, airport.

Regina, founded in 1882 by the Canadian Pacific Railway, was the administrative seat of the Northwest Territories from 1883; capital of the province of Saskatchewan since 1905.

Saskatchewan is the only province where the population is not predominantly French or British. The largest ethnic group are the Germans (28.6% of the population), 12.1% are Indians or Métis. The north of the province belongs to the Canadian Shield with rocky subsoil, numerous lakes and extensive coniferous forests. The prairie area of ​​the Great Plains in the south is used for agriculture, especially for the cultivation of wheat (almost half of Canada’s production), barley, rapeseed and alfalfa; almost 40% of Canada’s arable land is in Saskatchewan. Around a third of the population lives in rural areas; significant cattle breeding. Copper, zinc and uranium ores are mined in the north; the potash deposits in the south are among the largest on earth, there are also small deposits of oil and gas here. The industry, especially grain and meat processing, is of little importance.

History: The land for which the Hudson’s Bay Company had received charter from the English king in 1670 was opened up by French and English fur traders. In 1870 Saskatchewan became part of Canada (from 1882 District of the Northwest Territories, from 1905 Province). 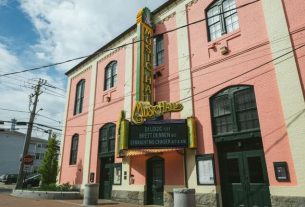