Nebraska is located in the middle of the Great Plains in the American Midwest. One of Nebraska’s slogans is “Where the West begins.” Its state capital is Lincoln, but its largest city is Omaha on the Missouri River.

“Shallow Water,” a Native American word for the Platte River that flows through the state, gave the area its name.

According to citypopulationreview.com, the nickname of the state is not “ Cornhusker State ” for nothing. On the flat land in Nebraska, there is a lot of agriculture, such as growing corn, in addition to animal husbandry. Another nickname, ” Middle of Nowhere,” derives from the endless expanse of land.

In 1867 Nebraska was admitted as the 37th state of the United States. Nebraska is bordered by South Dakota to the north, Iowa to the east, Missouri to the southeast, Kansas to the south, and Colorado and Wyoming to the west.

Recently, in May 2015, Nebraska became the 19th US state to abolish the death penalty.

The climate in Nebraska has very different temperatures between winter and summer. There are hot summers and cold winters. Thunderstorms are common in the spring and summer months.

Nebraska is located in the so-called Tornado Alley, where several large and small tornadoes occur, especially in spring.

Many other attractions in Nebraska such as the Henry Doorly Zoo, the Sunken Gardens and the Joslyn Art Museum are popular here.

A must-see when visiting Nebraska are the traditional weekend rodeos in the cities of Omaha and Lincoln.

There are no UNESCO World Heritage Sites in the state of Nebraska.

Cities and larger towns in Nebraska

Carhenge – Stonehenge of the USA

Carhenge is a work of art located near the town of Alliance, Nebraska, in the High Plains region. It is particularly well-known because it was built after the Stone Age megalithic circle of Stonehenge in England.

Instead of being built with large stones like the original Stonehenge, the Carhenge artwork was formed from old American cars and covered in gray paint.

The artwork was originally designed and built by Jim Reinders, who created it as a memorial to his late father and dedicated it on the summer solstice in June 1987.

More and more visitors who drove along Route 66 came to see the bizarre work of art. So that in 2006 a visitor center was created to offer visitors even more and to inform them about the work of art.

Already next year 2017 Carhenge will be thirty years old. The highlight on June 21, 2017 is the great solar eclipse that will take place there.

Construction of the Carhenge artwork

Carhenge consists of a total of 39 automobiles, arranged in a circle about 29 meters in diameter, and sprayed with gray paint.

Some vintage cars were set up and anchored vertically in a 1.5 m deep pit. Other cars were placed on top to form the arches. The individual cars were then welded together and covered with gray spray paint.

Another highlight is the “Heelstone”, a Cadillac from 1962. In addition, three cars were buried at the Carhenge artwork. They were first built into the memorial and were later replaced because they were foreign vehicles. Her tombstone reads: “Here lie the bones of foreign cars. They performed their duties while Detroit slept. Now Detroit has woken up and America is big!”

In addition to the Stonehenge replica, the Carhenge complex includes several other car sculptures covered in different colors.

History of the Carhenge

In 1987 he created the Carhenge artwork as a memorial to his father. While living in England he had studied the structure of Stonehenge, which enabled him to copy the structure’s shape, proportions and size.

The work of art should stand on the spot where Reinder’s father used to have his farm. After his death, the family spent five years raising funds and cars from nearby farms and landfills to build the memorial.

After five years had passed, the family of about 35 got together, dug holes and anchored the cars in the ground. The memorial was completed before the summer solstice of 1987.

At almost the same time, Bill Lishman had a similar idea with a car sculpture. He built them south of Port Perry, Ontario. However, there is no evidence that Reinders and Lishman knew about each other.

Three foreign cars were initially installed in the Carhenge artwork. However, these were later exchanged, ritually buried and replaced by car models from Detroit.

Initially, Alliance residents wanted to demolish the Carhenge artwork. A group of the “Friends of Carhenge” protected the demolition of the object shortly after the construction of the work of art. In the end, the memorial stood and is now one of the main attractions at Alliance.

Out of gratitude, Reinders later donated the 10 acres of land to the Friends of Carhenge, who received it until 2013 and handed it over to the citizens of the Alliance on October 1st.

Cult of the Carhenge

Carhenge is now part of popular culture and has appeared in film, music, television shows and commercials. This attraction is also listed in the travel book 1,000 Places to See in the USA and Canada Before You Die.

Camping is not permitted on the site of the Carhenge artwork; however, Alliance offers several quality accommodation options.

Directions and opening times to the Carhenge artwork

Carhenge is located 3 miles north of Alliance, NE on Highway 87. It is open daily and admission is free. However, there is a sign against visiting at night, which points out that visitors who visit at night do so at their own risk. Donations for the preservation and maintenance of the monument are gladly accepted.

Address of the Carhenge attraction at Alliance 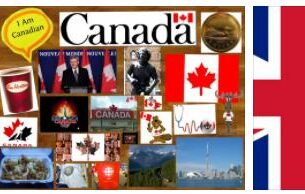 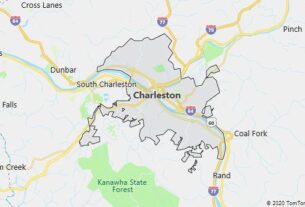