Distribution of the population. – The population of Mexico is very unevenly distributed over the vast territory and the average density of 8 residents per sq. Km. is the result of very different densities ranging from the rather high density of the states of Tlaxcala and Mexico (respectively 51 and 46.2) to the very small one of Campeche and Sonora (1.6 and 1.7), and of the territories of Baja California (0.6) and Quintana Roo (0.2).

And very sensitive differences are also noted in the interior of the individual states between very close locations: thus in the arid northern states, small areas where irrigation is possible, they show a density of 100 residents per sq. km., while adjacent sections, of equally fertile land but without water, are depopulated: so in the warm and humid coastal states next to practically uninhabited areas because they are extremely unhealthy, there are sloping sections and therefore provided with a good network of drainage which accommodate considerable population nuclei.

According to picktrue, the combined table shows the data relating to the individual federal units and the capital cities of state, as resulting from the censuses of October 1910, November 30, 1921 and May 15, 1930; however, it is noted that the figures of the three censuses are not always comparable because, especially between 1910 and 1921, there have been changes in the surface area of ​​the individual units considered, so that the increases or decreases accused by subsequent census surveys do not always correspond to actual population movements. In analyzing the results of the censuses, one can first of all distinguish the rural population from the urban one; and it is easy to see that the distribution of the rural population largely depends on rainfall, altitude and the shape of the relief, that is, the conditions that particularly affect agriculture. In fact, the rural population appears much denser (up to more than 50 residents per sq. Km.) In the southern region of the central plateau and in particular around Puebla, in the basins of Mexico and Toluca, around Morelia, in Querétaro and in the area of ​​the bajío. Around these nuclei of denser rural population, an area extends to the highest part of the state of Veracruz, to the northern section of Puebla, to part of Morelos and Michoacán, to the whole state of Mexico, and to most of the territories of Hidalgo, Querétaro, Guanajuato, an area that has a rural population of 20 to 40 residents per sq. km. All the territories mentioned actually occupy the southern part of the plateau,

A wider area follows, which, surrounding the previous one, includes the remaining territory of the aforementioned states as well as parts of Guerrero, Jalisco, Aguascalientes, Zacatecas, and S. Luis Potogí, and in which the rural population varies from 10 to 20 pop. per sq.km.; even in this area the rainfall, less and more irregular, allows agriculture to develop a certain amount: similar densities have some isolated areas, namely the territory around and north of the city of Monterrey, the region of the city of Oaxaca, the section around San Cristóbal in Chiapas and the province of Mérida in Yucatán, areas in which particular conditions of rainfall and soil determine particular types of cultivation.

On the other hand, in the northern section of the plateau, where rainfall is completely insufficient and permanent agriculture is possible only in small oases favored for their exposure to sea winds or for being along rivers, the density of the rural population drops to less than 10 residents per sq. km, indeed in Baja California, in the northwestern part of Sonora and in the northern areas of Chihuahua and Coahuila, where the almost absolute lack of rain restricts agricultural activity to cattle breeding, the rural population is less than one resident per sq. km. The same very low density is also found in the southern territories of the Isthmus of Tehuantepec, in most of Tabasco, Campeche, Chiapas and throughout Quintana Roo,

Cities and towns. – Also the distribution of the main inhabited centers almost completely agrees with that of the rural population, which essentially depends on the fact that the majority of the cities have sprung up and grown as exchange markets for the surrounding agricultural population. For the same reason, large cities, with populations exceeding 100,000 residents, are very scarce (just three in 1910), while the inhabited centers with a few thousand residents are very numerous; indeed, it is curious to note that if we consider cities all the centers with more than two thousand residents, the urban population in Mexico reaches a higher percentage than in the United States. This too depends on the agricultural market function mentioned above.

Overall, both major and minor cities are concentrated in the south-eastern section of the plateau. An oval-shaped area, the greatest width of which goes from Guadalajara to S. Luis Potosí, while the longest axis extends from the aforementioned cities to Oaxaca, includes the part of Mexico where the cities are most numerous. This area coincides with that of the densest rural population, whereby, although it covers just over a sixth of the area of ​​the republic, it collects more than ⅔ of the total number of cities and almost ⅔ of the total population.

Of cities with more than one hundred thousand residents, according to the 1921 census, in addition to the city of Mexico, there was only Guadalajara, because Puebla, which had more than 100,000 residents in 1910, had just 95,000 residents in 1921. More numerous cities with over fifty thousand residents were Puebla, Monterrey, Mérida and S. Luis Potosí, between the state capitals and Tampico (64,227), Tacubaya (57,775, now incorporated in Mexico), Veracruz (54,300) and Torreón (50,902) among others. Ten state capital cities and three other municipalities (Orizaba, Mazatlán, Celaya) counted from 25 to 50 thousand residents. According to the 1930 census it can be said that the cities with more than 100,000 residents have risen to three (Guadalajara, Monterrey and Puebla) while the capital has exceeded one million.

The cities (considering as such the centers with more than 2 thousand residents, since these present the characteristics of city life), can be gathered in groups, of which the most numerous are located on the southern plateau, such as the group of Mexico City, of Puebla, of Toluca, of El Oro, of Pachuca, of Guanajuato, of Michoacán, of Jalisco and of S. Luis Potosí, etc. In the arid northern section, groups of cities are located along the rivers, such as the Río Conchos group and its tributaries, headed by the city of Chihuahua, and the Laguna group on the banks of the Nazas and Aguanaval with at the head of Torreón, while the groups of Monclova, Santa Bárbara and Parral (Zacatecas), Catorce, etc. are essentially miners. In Sonora and Sinaloa, on the other hand, there are no groups of cities, 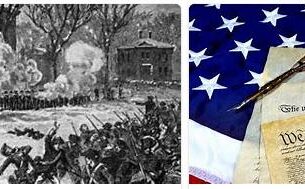 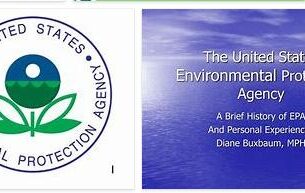