Isla de Margarita, or Margarita Island, is located in the Caribbean Sea about twenty kilometers northeast of the Venezuelan coast. Locals call the island the pearl of the Caribbean, which is a name that fits the small and shimmering island.

Only 67 km wide, Isla de Margarita consists of two islands connected by a narrow isthmus. The western part is called the Peninsula de Macanao, and the harsher and less developed half of the island duo, where nature is almost untouched. Most tourists can be found in the eastern part of the islands, where you will find larger cities, all hotels and more than 50 beaches.

Isla de Margarita has gradually developed into an international tourist destination, but the island has not yet become a crowded hotel complex and tourist crowd. Although tourists are really friendly, some fishing villages consciously protect their identity from tourism. For example, Juangriego or the capital La Asuncion are good places to observe local life. These cities are much smaller than the island’s largest city, Porlamar, but many also find it much more interesting. As can be seen from the appearance of the cities, the islanders are not the richest people in the world, but even happier and friendlier.

If you want to enjoy the big city, Porlamar is the place to be. In Porlamar, for example, you will find the shopping paradise Sambal, which meets the requirements of a Western consumer. However, real souvenirs are worth buying from a somewhat surprising place: the beach. The island is famous for its pearls and is traded really actively on the shores of Isla de Margarita, and the price level is not high either.

The best beaches and nature in the world

The nature of Isla de Margarita provides the best isthmus connecting the islands to the south in La Restinga National Park. The national park offers a glimpse into the island’s diverse wildlife, and the stunning nature can also be enjoyed on a boat trip to the lagoon: on the way, in addition to the blue shimmering sea, you can see pelicans, sea eagles and oysters. If you enjoy nature, people and exercise, you should go for an 11-kilometer hike to El Cacao, or Cocoa Mountain. During the hike you will see the spectrum of nature on the island: the dry terrain slowly changes to the greenery of the rainforests. The top has amazing sea views. 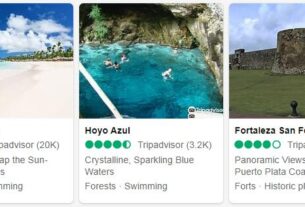