In 1960 Venezuela was a founding member of OPEC. In the 1970s and 1980s, the oil industry grew rapidly. The economy flourished and many immigrants came. The profits were not invested in the country. A lot of money was even brought abroad. Venezuela had to (and must) import a lot of food because it cannot be produced in its own country. From 1983, however, the oil revenues decreased.

When the prices for crude oil fell sharply at the end of the 1980s, the need was great. The country had accumulated huge debts that it could no longer pay off. Prices rose and some food became scarce. In 1989 street battles broke out in the so-called Caracazo, in which up to 3,000 people died. The national currency was eventually devalued and industry began to be privatized.

Carlos Andrés Pérez (AD) had been president from 1974 to 1979 and took office again from 1989 to 1993. In 1992 two coup attempts were repulsed. These coup attempts were led by the underground movement of the “Bolivarian Revolutionary Movement” MBR-200 under the direction and support of Hugo Chávez. Pérez was dismissed for corruption in 1993.

In 1994, Rafael Caldera, no longer a member of COPEI, was elected for a second term and remained in office until 1998. Economically, he could not lead Venezuela out of the crisis.

In 1999 a new constitution was passed. Since then Venezuela has been officially called the “Bolivarian Republic of Venezuela”. In 2002 a coup against Chavez failed. In 2007 the MVR and other left groups became the United Socialist Party of Venezuela (PSUV).

Simón Bolívar was Chavez’s role model. That’s what he called the process he was striving for, the Bolivarian Revolution. Socialist and Marxist ideas were implemented, for example key industries were nationalized again. Numerous companies were expropriated for this. An extensive social program was adopted under the name Bolivarian Missions. They should, for example, fight poverty and improve health care and education. Opponents accused Chavez of his authoritarian, i.e. very strict, bossy leadership style, nepotism and the oppressive treatment of opponents. The global financial crisissince 2008 and the renewed drop in oil prices led to major economic problems in Venezuela. The supply of food became scarce and there were problems such as power outages.

After Chávez ‘death in March 2013, his deputy and desired successor Nicolás Maduro was the new president and a month later was confirmed in office by elections. The opposition criticized irregularities in the election.

In 2014 there were massive protests against Maduro’s government after food, medicine and other goods became scarce again. People often have to wait in line to buy milk or meat. The protests are also directed against corruption, high inflation and high crime rates in the country. Opposition politicians were arrested.

The parliamentary elections in December 2015 were won by an electoral alliance of Maduro’s opponents. Since then he has governed with emergency regulations. Since 2016, a procedure for his removal that has been initiated by Parliament has been running. On January 9, 2017, Parliament declared Maduro deposed, but this had no further effect. In fact, parliament itself was ousted in April 2017.

On July 30, 2017, a constituent assembly was elected to draft a new constitution. This happened without a referendum and was therefore itself unconstitutional. Maduro won the vote and the opposition again criticized election manipulation. During demonstrations against the government, Maduro used violence and deaths occurred again and again. Food prices continued to rise. The country was facing national bankruptcy at the end of 2017.

Maduro won the 2018 presidential election again, but it is not recognized internationally. Many Venezuelans left their country in 2018 and 2019. For example, you went to Colombia or Brazil. In January 2019, the National Assembly declared Maduro’s election invalid and the President of the National Assembly Juan Guaidó declared himself interim president. This has been recognized by some countries and not by others. There should have been new elections within 30 days, but that never happened.

There were repeated protests by the population, in which people died or were injured. Maduro’s opponents were arrested and killed. In January 2020, members of the opposition were denied access to parliament. This met thereupon outside the building and elected Juan Guaidó for a further year as parliamentary president. 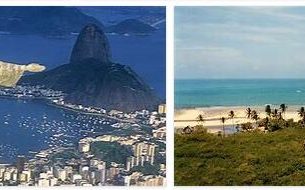 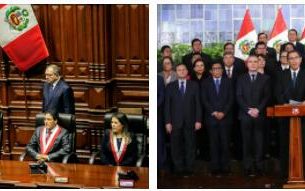