A pioneer in Brazil for adopting a more comfortable stadium model and close to the field, the Grêmio Arena is certainly a point of Porto Alegre that is worth visiting. Come learn more about her with us!

Whatever you are in love with the tricolor team or not: every football lover should visit the  Gremio Arena  when passing through  Porto Alegre. It is the largest multipurpose stadium in  Latin America with FIFA standard infrastructure. Watching a match on site or even taking a tour of its modern facilities is a unique experience.

With that in mind, we have prepared a guide with everything you need to know about the Grêmio Arena, as well as unmissable tips for those who want to stay in Porto Alegre and know the surroundings of the stadium – after all, you will also want to enjoy make the most of your trip, right? So keep up with us and enjoy reading!

Where is the Grêmio Arena

The Grêmio Arena is located just outside the city of Porto Alegre, capital of Rio Grande do Sul. Easily accessible, the stadium is just minutes from Salgado Filho International Airport and Porto Alegre Bus Station.

This  strategic position  ensures practicality for both local fans and those coming from the interior of the state, other locations in Brazil and even the world. Also, as we will talk later in the post, is near some interesting places for those who will stay in Porto Alegre.

The history of the place

Until 2012, the home of the tricolor team’s supporter was the Monumental Olympic Stadium, opened in 1954 and also located in Porto Alegre. The first match at the venue was played against the Montevideo National, with Grêmio winning 2-0, leading to the passion of the club.

However, since the mid-2000s, tricolor leaders have begun to consider proposals for a new and more modern stadium. The goal was to build a self-sustaining arena that would meet FIFA standards – which was not the case with the Monumental Olympic.

These were years of design and construction – which lasted 27 months – until, on December 8, 2012, the Grêmio Arena was inaugurated, with a  capacity of 56,500 people. The match that marked the debut of the new stadium was a friendly match between Grêmio and Hamburg, German team.

In addition to the international game, the inauguration was attended by music shows and celebrities. All of this eventually earned the party the award from the Brazilian Association of Business Communication in the “Event” category.

No wonder that today the Grêmio Arena is  a world reference in stadiums. It hosts various national and international shows every year, and is even considered to host famous contests such as the UFC.

It is also worth noting that the modernity of the venue makes it, in addition to FIFA standard, UEFA standard. That is, it has even higher requirements than those required by the International Football Federation.

The Guild Arena in dice

The tricolor stadium, in addition to the fan capacity already mentioned, has:

A very interesting aspect that is worth highlighting about the Grêmio Arena is accessibility. Its project is an international reference in infrastructure to accommodate and meet people with special needs safely and comfortably.

Accessibility already begins with access to the stadium, which is made as easy as possible with several ramps. In the elevators, there are braille panels – and the entire floor is also suitable for the visually impaired. There are several adapted restrooms, 5% wheelchair space and even discounts on escort tickets.

How to get there

Once in Porto Alegre, there are different ways to get to the Grêmio Arena. Fortunately, for those who are  driving, it is possible to chart an optimized path through GPS and such applications. With the practicality of today, it is also possible to choose transport alternatives such as  taxi,  Uber  and the like.

For those who want to use  public transportation, here are some tips below:

The following regular bus lines serving the Humaitá neighborhood, where the Arena is located, are:

Therefore, simply calculate the route according to your location and convenience by sites such as Google (how to get),  Moovit, among others.

The subway lines that stop near the Grêmio Arena are to the north and south. The easiest way to get there is from Anchieta Station (Av. Dos Estados, 2185)

Things to do near Arena do Gremio

As we said, the location of the Arena do Grêmio is strategic. Best of all, it’s close to a variety of leisure options as well as hotels, as we’ll show in the next topic.

The stadium is close to two major shopping malls. The DC, the largest outdoor mall opened in the city, and the  Boulevard Laçador, scene of several exhibitions on aviation, as well as dining options for all tastes and pockets. But if this is not your beach, don’t worry. Near the Arena, there are also sights to visit, such as:

Did you see all the sights around the Grêmio Arena and beat the hunger? Here are some of the top restaurants near the stadium, so you can get an idea of  where to eat in Porto Alegre:

Where to stay in Porto Alegre to visit the Grêmio Arena

As the Arena is 10 minutes from the airport, of course finding  where to stay  will be no problem. According to  TripAdvisor, some of the closest hotels to the stadium are:

Ready! You are now provided with all the information you need to visit the Grêmio Arena. Regardless of whether your heart beats for the tricolor or not, know that the visit will yield a spectacle of safety, lighting, modernity, accessibility, sustainability, beauty and, of course, a lot of passion for football. 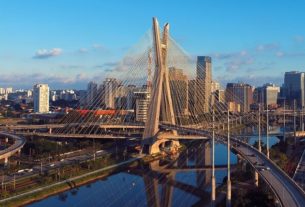 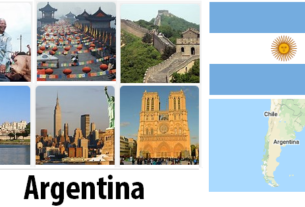 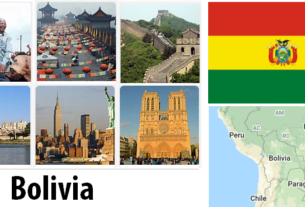