The demographic dynamics have been characterized, in recent decades, by a high annual increase, which, although progressively decreased since the 1970s, remained in the 1990s around 20 ‰. An intense process of urbanization has occurred since the 1980s: the population of cities has risen from 50 % in 1980 to 63 % in 1997. The largest city in the country and by far the main production center is the capital, Santo Domingo, which at the 1993 census counted 2. 138. 300ab.; distanced by demographic consistency and economic weight is the second city, Santiago de los Caballeros (691,000 residents); the rest of the urban network is made up of small and medium-sized centers.

According to justinshoes, the growth of cities has gone hand in hand with reduced employment in the primary sector (50, 2 % in 1970, 45, 7 % in 1980 and 18.9 % in 1997); nevertheless, agriculture continues to be an important activity, with crops destined for export (sugar cane, coffee, cocoa, tobacco), although others have recently been favored, destined for internal consumption (rice, corn and fruit trees). Sugar cane crops require a large amount of labor, which migrates from Haiti seasonally. Forests provide good quantities of valuable timber, but their intensive exploitation has led to a certain impoverishment. In the mining field, gold and bauxite mining has ceased, the latter following the decision (1984) of the largest mining company, which held a monopoly on this resource, to suspend its activities. Nickel remains, which annually contributes to forming just under a third of exports.

Conditioned by a chronic lack of energy, manpower and capital, the industrial sector cannot find the way to significant growth and remains substantially linked to the agri-food sector; the major nationalizations still exist, implemented in the first half of the 1980s, while privatizations are still in their infancy. A good source of currency is tourism, which in 1995 provided over 13 % of GDP. The average per capita income, although significantly increased thanks to US economic aid, it remains below the Latin American average. The trade balance is growing in deficit: imports come mainly from the United States, Venezuela, Mexico and Japan, and concern machinery, oil and derivative products; exports are mainly directed to the United States (51 % of the total) and consist of nickel, sugar and cigars, for whose quality the DR has surpassed Cuba.

Afflicted by now endemic corruption and enormous economic and social imbalances, the DR experienced a worrying growth in crime during the 1990s, mainly linked to drug trafficking. For internal problems, as well as the traditionally difficult relationship with neighboring Haiti, has not been able to find the solution elder President J. Balaguer, interruption in power for a decade (1986 – 96), but was also later, in spite of ‘ age, the real arbiter of Dominican political life.

Inaugurated in 1990, the sixth presidential term of Balaguer, leader of the conservative Partido Reformista Social Cristiano (PRSC), was characterized by the continuation of an economic policy based on rigid criteria of austerity and by the harsh repression of social protests caused by this policy. The action of the government, which in 1991 struck a deal with the International Monetary Fund, initially succeeded in reducing inflation (increased from 54 % in 1991 to 4, 5 % in 1992, but later growing again), no however, the living conditions of the majority of the population improved.

Dissatisfaction with economic policy cost the ruling party the defeat in the legislative elections of May 1994: the PRSC in fact obtained 14 out of 30 seats in the Senate and 50 out of 120 in the Chamber, against the 15 senators and 57 deputies of the Dominican Social Democratic Partido Revolucionario (PRD), while the Partido de la Liberación Dominican (PLD), now deployed on moderate positions and still led by the 84-year-old former president J. Bosch, also due to the divisions that emerged within it, won only one senator and 13deputies. However, in the contemporary presidential elections the use of serious irregularities allowed the now 87 year old Balaguer to prevail over the PRD candidate, JF Peña Gómez, by a few thousand votes. The well-founded protests of the opposition, which were also resumed by the Catholic Church and the Organization of American States, finally forced Balaguer to accept a reduction of his mandate and the holding, between May and June 1996, of new presidential consultations, which were held with a new double shift system.

Absent for the first time in thirty years Balaguer (the PRSC put forward the weak candidacy of the vice-president, J. Peynado) and his historical rival Bosch (resigned from the presidency of the PLD in the aftermath of the 1994 defeat), the elections saw the victory of L. Fernández, candidate of the PLD; the latter, who imposed himself on the ballot on Peña Gómez only thanks to the votes of the PRSC, merged with him following a close electoral alliance between the two parties, gave birth in August 1996 to a new executive, in fact dependent on the support parliamentarian of Balaguer’s party. However, in the legislative elections of May 1998 (which for the first time did not take place at the same time as the presidential elections and52 % of those entitled, the highest rate in Dominican electoral history) the PRSC suffered an unexpected defeat, winning only two seats in the Senate and 17 in the House (raised for the occasion to 149 members). The PRD came out of the polls, obtaining 24 seats in the Senate and 83 in the Chamber, while four senators and 49 deputies went to the PLD. On the international level, in 1997 the DR saw the already difficult relations with Haiti worsen, after the expulsion of thousands of illegal Haitian immigrants from its plantations. In September 1997 Santo Domingo signed, with the representatives of Belize, Costa Rica, El Salvador, Guatemala, Honduras, Nicaragua and Panama, the ‘declaration of Managua’, for the establishment of political institutions common to the signatory countries. 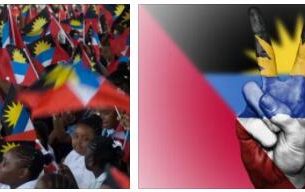 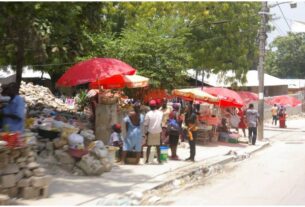 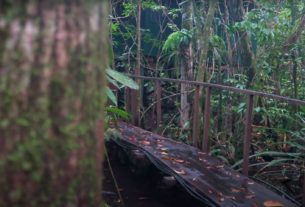