Colombian art, term for the art in the area of ​​today’s Colombia.

The northernmost country in South America is traditionally a region of cultural diversity, which is also reflected in its fine arts and architecture (Andean high cultures). Visit harvardshoes.com for Colombia travel package.

After the conquest of the country and the founding of cities in the 1530s, the four art centers Bogotá, Tunja, Cartagena and Popayán emerged in New Granada, which was ruled by the Spaniards. Art is strictly shaped by the Catholic Church and the requirements of the Counter Reformation; it reflects the development of style and history in Europe, sometimes with a time lag (Renaissance to Classicism), but also has regional peculiarities. The influence of the Bourbons, who have ruled in motherland Spain since 1700, is also noticeable in the art of the viceroyalty of New Granada in the 18th century.

Architecture: Hardly anything has been preserved from the buildings of the Spaniards from the 1st half of the 16th century (mostly simple wooden constructions). The first major projects include the three-aisled cathedrals of Tunja (mainly 1567 to 17th centuries, by Pedro de Sosa and Francisco de Abril; influences of Isabelline Gothic) and Cartagena (1575–85, by Simón González, * 1552; 1602-12 e.g. Partly rebuilt), accompanied by the construction of numerous monasteries (including San Francisco in Bogotá, church 1557–1621, facade redesigned in 1785 in the Neoclasicismo style; Santa Clara La Real in Tunja, church 1571–1613, partly in the same style Isabelline Gothic). Most sacred buildings were designed by European architects and until the 17th century usually had a renaissance front (often in the Plateresque style) with a portal wall designed as an altarpiece (Capilla del Sagrario in Bogotá, 1660–1700, by Gabriel Gómez de Sandoval, † 1700); the wooden ceiling construction is in many cases based on the Moorish Mudejar style imported from Andalusia (La Concepción Church in Bogotá, 16th century). The design language is based on Italian architectural practices, including from A. Palladio (e.g. portal of Tunja Cathedral, 1598–1600, by Bartolomé Carrión, † 1616) and v. a. by S. Serlio (vault cladding of numerous monastery churches in Bogotá; coffered ceiling of the Capilla de los Mancipe in the Cathedral of Tunja, 1569–98, by Alonso de León andJuan de Rojas).

To convert the natives, churches with so-called open chapels and processional chapels were built near Indian settlements (e.g. San Juan Bautista in Sutatausa, probably at the beginning of the 17th century). Large monastery complexes in the country are the Ecce Homo near Sutamarchán (1620 to 18th century) and the complex of Monguí (1630–1760, among others by Martín Polo Caballiero, * around 1692, † 1740; with additions from the 19th and 20th centuries). In contrast to the simple exterior, many churches have a magnificent interior design with gilded altars and rich figure decorations, often with ornaments of Indian origin (mestizo baroque, e.g. in the Capilla del Rosario [rosary chapel] of the Church of Santo Domingo in Tunja, 1680s). Ornate bell towers can be found at the baroque church of Santa Bárbara in Mompós (nave 1613–1730, tower 1794–1808) and at San Francisco in Cali (around 1772, late influence of the Mudéjar style).

With the Neapolitan Domingo Esquiaqui (* around 1740, † 1820; since 1782 in New Granada), whose work focuses on the reconstruction of the capital, which was damaged by an earthquake in 1785, classicism (called Neoclasicismo in Colombia) makes its entrance (e.g. Puente del Común near Chía, 1792). The new style reached its heyday there after the arrival of the Spanish Capuchin monk Domingo de Petrés (* 1759, † 1811) in 1792, among others. with its cathedral construction in Bogotá (1794 ff.; started under D. Esquiaqui).

Among the earliest examples of secular architecture are the Andalusian-influenced patio houses with Renaissance facades in Tunja, especially the house of Juan de Vargas (before 1588). The Inquisition Palace of Cartagena has the most magnificent secular baroque portal in the country (completed in 1770). The massive military fortifications of the city were planned by Battista Antonelli (* around 1545, † 1616) according to Italian principles at the end of the 16th century and built into the 18th century. The highlight is the Castillo de San Felipe as the largest fortress on the South American continent (1639–57; 1762–69 enlarged by Antonio de Arévalo, * 1715, † 1800).

Sculpture: Sculpture is mainly limited to biblical and saints, mostly as altar decorations (some with lavish ornamentation). The import of religious sculptures from Europe was superseded by works by artists living in the country at the beginning of the 17th century. Well-known sculptors include Juan de Cabrera, active at the end of the 16th / beginning of the 17th century (stone figure of the Virgin Nuestra Señora del Campo in the Recoleta de San Diego in Bogotá; painted in color by Juan Dome a Dios before 1630). The Asturian Ignacio García de Ascucha (* 1580, † 1629) began the gilded main altar of the monastery church of San Francisco in 1622 in Bogotá based on Dutch engravings. Pedro Lugo de Albarracín († around 1666)manufactures expressive Christ figures from metal there. After 1738 the Andalusian Pedro Laboria (* around 1700, † 1770) opened the most productive baroque sculpture workshop in New Granada (“Éxtasis de San Ignacio”, 1749) in Bogotá. The altars by Pedro Caballero († beginning of the 19th century) are characterized by filigree carvings made of natural wood with rococo elements without the usual gilding (interior of the church La Tercera in Bogotá, around 1780).

Painting: One of the earliest paintings created in New Granada is the tempera painting of the Virgen de Chiquinquirá (today Chiquinquirá, pilgrimage church) created by the Spaniard Alonso de Narváez († 1583) around 1555. Mannerism arrived at the end of the 16th century, represented by v. a. by the Italian Angelino Medoro (* around 1567, † 1631/32; oil painting in the Capilla de los Mancipe of the cathedral and the church of Santa Clara in Tunja), who came from Spain. In the conquistadors’ palaces of Juan de Vargas and Gonzalo Suárez de Rendón there (16th / 17th century) there are anonymous ceiling paintings that were created according to European printmaking and represent the classic vocabulary of the Renaissance. Indian influences are hardly present.

The great demand from churches and monasteries led to a boom in panel painting from the beginning of the 17th century. Large workshops emerged in the family network, particularly through the Figueroa artist dynasty (Baltasar de, * around 1560, † around 1630; Baltasar Vargas de, † 1667; Gaspar de, * around 1594, † 1658) with religious oil paintings in the style of the Sevillian School. With the Creole Gregorio Vásquez de Arce y Ceballos (* 1638, † 1711) and his school in Bogotá emerged from their workshop the most important baroque painter of northern South America (created biblical scenes and images of saints, still lifes, portraits). Owned another family business in the Andean highlands Antonio Acero de la Cruz (* 1600, † 1669). The painting of the late colonial era is embodied in portraits by Joaquín Gutiérrez (* around 1720, † around 1800), which are influenced by the Bourbon rococo style. In the southwest of the country, religious art was influenced by the Quito-born artist family Cortés y Alcocer with their father José († after 1803). The sons later worked with more than fifty other artists in the drawing school in Mariquita and Bogotá, led by Salvador Rizo (* 1762, † 1816) for the commissioned by Charles III. Realized large-scale project »Expedición Botánica« (1783–1817; with over 6,600 drawings of plants; today in Madrid, archive of the Real Jardín Botánico) by the Spanish scholar José Celestino Mutis (* 1732, † 1808). 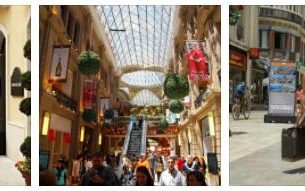 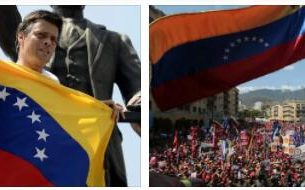