The cultural scenario of Canada is a mosaic of traditions, values, practices belonging to both native populations (Indian and Inuit) and those of European origin (mainly French and English). Over time, the US presence has also developed on this basis, whose penetrative force has been even more incisive towards its direct neighbors, to the north as well as to the south. For a country like Canada, which is counted among the most developed and modern, the birth of its own literature, which fully matured only in the nineteenth century, may seem belated; this is, however, the result of the dynamics of migration, which were also among the first subjects of the works: travel chronicles which were soon joined by the report steeped in amazement for the natural spectacles that appeared in the eyes of travelers, and that still fascinate. Canadian literary history is therefore young, and yet already rich in excellence, both in the Anglophone and Francophone fields (this distinction is clear and constant, especially in literature, cinema, theater), which are proving to know how to compare, as well as with the own past, even with the demands of contemporaneity, updating, for example, that relationship with the environment investigated from the beginning or declining the strong influence exerted by the USA in different forms. Art and architecture retain major elements of European cultures of origin, even if they have never closed to international contact and influence. In the capital, Ottawa, there is the National Gallery, with the most important art collection in the country. UNESCO: the Anse aux Meadows Historical National Park (1978); the Precipice of the Bisons (1981); the village of SGang Gwaay (1981); the Historic District of Québec (1985); the Old Town of Lunenburg (1995); the Rideau Canal (2007); the cultural landscape of the Grand Pré (2012); the Basque whaling station of Red Bay (2013). Even in music, especially outside the cultured circles, there are several artists who have made the tormented relationship with the bulky American neighbor their own, in a broader perspective of research and consolidation of identity, personal as well as national. Among the most famous names Neil Young, Joni Mitchell and the younger Alanis Morissette. In cinema, a first phase in which it was the Francophone movement to excel, was followed by one in which, mainly in the last decades of the twentieth century, English-speaking directors prevailed and gained international recognition, together with authors of foreign origin, who moved or trained in Canada. In sport, the country has been able to reverse the polarity of its relationship with the USA, as evidenced by the spread of ice hockey, a sport that was officially born here (there is a Hall of Fame in Toronto).

Canadian folklore feeds on the different traditions present in the country. Each of these tends to maintain its own characters in antagonism with Americanization and the innovations introduced by economic development. Urbanism, for example, changes the folkloric personality of the old French colonizer (habitant), who finds his stronghold in Québec. Less relentless in preserving traditions are the descendants of the English pioneers, yet faithful to civic traditions, jealous of professional organization in British-style guilds. If Québec is a purely French city, Victoria punctually recalls “old England”. More and more insinuating is the american way of life, also favored by the analogy of environmental and economic conditions. A singular fact is that the pioneers were able to preserve and even revive the indigenous, Indian and Eskimo traditions, but these are revivals connected to tourism. However, the increase given to the rebirth of Indian artistic craftsmanship is substantial, protected and favored by special laws, while the traditions of the Inuit are more alive than the Indian ones (expressed by the two main groups of the Athabasca and the Algonquin).. Among the traditions of European origin are the songs. The French singing heritage (dating back to the seventeenth century) is noteworthy, in which the popular Italian song Donna Lombarda was even inserted in a transcription in old French.. Also alive are the dances of the pioneers (such as the quadrille), sometimes mixed with indigenous dances, such as Indian and Eskimo ritual dances. Of American influence are the rodeos and chariot races. Some traditions remain firm in clothing: the typical jacket decorated with fringes, bougrines, and the leather hat with a beaver tail, a la Davy Crockett. The cuisine follows ethnic-geographical distinctions, although similar dishes are often found throughout Canada, but with different names in homage to the tradition to which they belong. The same goes for beef and potatoes, tourtières and sweets or cheeses consumed in Québec as well as in Ontario and Alberta. Many international dishes are also widespread, from Italian to Chinese. Remarkable is the production of maple syrup.

As for the primitive indigenous languages, it can be said that the remains of the following Amerindian language families survive in Canada: according to commit4fitness, the Algonquian family, which once stretched roughly from the Churchill River to Labrador; the Eskimo or Eskimo family, spread throughout the northern coast of Canada from the border with Alaska to the Churchill River and on the neighboring islands, as well as on the northern coast of Labrador; the Athabasca family, which occupied the whole wide northwestern region of Canada, insinuating itself N of the Churchill River between the dominion of the Algonquian family and that of the Eskimo family (E. Sapir grouped the languages ​​of this family with those of Haida and Tlingitconstituting the great group of Na-dené languages).

Two civilizations and two literatures, French and English, have coexisted for centuries in Canada, but the literary production of the two languages ​​as a whole cannot be considered as a whole even if many common characteristics are found in the two traditions. Although there is no proper national literature, the world of nature is felt as a common element, with vast solitudes of lakes and forests. French-language literature, Catholic by tradition, is closely linked to France and its culture; English, Protestant in the majority of cases, follows a custom and a policy which, even in the British Commonwealth, operate in relation to the United States of America. 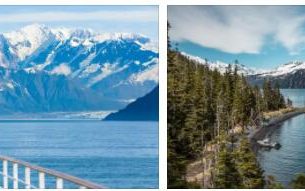 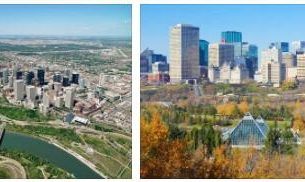