The industrial sector, which contributes 36.9% (2011) to the formation of GDP, with less than a third of the active population employed, remains scarcely diversified and mostly linked to extractive activities. An inadequate communications network, combined with a weak internal market, the shortage of effective credit institutions, the scarcity of skilled labor and short-sighted policies of productive diversification have compromised the development possibilities of the sector. The main industries, in addition to oil refineries and metallurgical plants, are made up of textile plants (cotton mills), food plants (sugar and breweries, oil mills) and factories for the processing of tobacco and cement. § The presence of considerable mineral deposits in the subsoil also feeds the industries linked to the sector, despite the setback recorded in the second half of the 1980s, accentuated by the fall in the prices of raw materials and translated into a significant drop in production. Managed by large private companies, including mainly the one headed by the familyPatiño, who dominated the entire economic life of the country from the nineteenth century until the fifties of the twentieth century, the mining activity was nationalized in 1952 and passed to Comibol (Corporación Minera de Bolivia), which made a considerable commitment to make more functional and therefore the extraction methods are profitable. Important deposits are those of tin, of which Bolivia is the fourth producer in the world (present mainly in the areas of Oruro and Potosí, which was also the greatest center in colonial times for silver, mined at the foot of Cerro Rico, the rich mountain), tungsten, zinc, lead and bismuth. The country also has substantial oil reserves: the richest fields are located in the department of Santa Cruz, which has become the main economic development pole of the country (also in the face of a scarce territorial diffusion of companies) where refineries have been built in which part of the oil is processed, while the rest it is transported through an efficient network of oil pipelines, including that of Santa Cruz-Sica-Arica, which is 971 km long. The extraction of natural gas is also a significant resource for the country’s economy and represents the main item of exports. The largest deposits are located in the Santa Cruz area (Colpa, Río Grande, Tita). The pipeline network is also being upgraded, including the one to Argentina, from Santa Cruz to Yacuiba and the one to Brazil, from Río Grande to the State of São Paulo.

The commercial exchanges of Bolivia are not particularly flourishing, neither on the internal side nor on the foreign side: the main foreign partners of the country for exports (natural gas, zinc, tin and other minerals, soy) are represented by Brazil, the United States, Argentina, Japan plus, for imports (foodstuffs, vehicles, machinery) Chile, Peru and China. The trade balance, after years of liabilities linked to the events in the mining sector, has returned to a positive balance thanks to the growth of exports, with a deficit that almost doubled from 2004 to 2007. There are also numerous commercial agreements with foreign countries: in addition to being among the members of MERCONSUR, Bolivia has signed multilateral pacts with various associations such asWTO (World Trade Organization), ALADI (Associación Latinoamericana de Integración), CAN (Comunidad Andina de Naciones), SELA(Sistema Económico Latinoamericano y del Caribe), ACE (Acuerdo de Complementación Económica) and ATPDEA (Andrean Trade Promotion and Drug Eradication Act) with which Bolivia, together with other Andean states, accesses the United States market without paying duties, as an incentive for the efforts made for the conversion of crops in the context of the fight against drug trafficking. § However, the infrastructure sector remains lacking: transport, made difficult by the country’s roughness, has always suffered from the serious disadvantages deriving from the lack of direct outlets to the sea, even if since the 90s of the twentieth century considerable progress has been made they were accomplished thanks to bilateral agreements with Peru, Chile, Uruguay, which granted direct access to the Pacific and Atlantic coasts. However,Mollendo, to which are added various river ports (as a country located in South America according to softwareleverage, Bolivia can in fact count on over 10,000 km of inland waterways); of particular importance were also the facilities granted by Argentina regarding the use of the port of Rosario. As far as internal communications are concerned, it is on the Andean plateau that both the Bolivian railway ridge, which connects all the major cities of the country, and the main road artery, corresponding to the Bolivian section of the Pan-American Carretera, unwind; another road of great importance is the one that connects Cochabamba with Santa Cruz, going as far as the border with Brazil. Overall, the roads cover 62,479 km (of which less than a tenth are asphalted) and the railways 4200 km (2005). The highest shipping lines in the world operate on Lake Titicaca, connecting the Bolivian railway network to the Peruvian one by means of a ferry-boat service ; the air communication routes use the airports of La Paz, Cochabamba, Santa Cruz and Oruro as main stopovers. 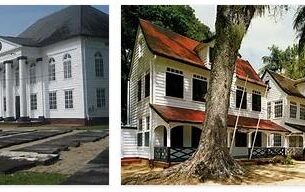 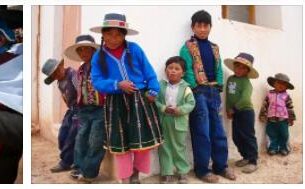 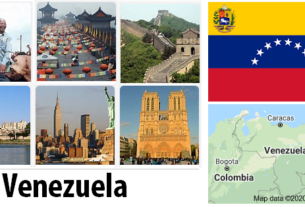