The region’s culture was part of the Mayan culture until the Spanish conquest in 1524-1535.

The earliest colonial architecture in Honduras was erected in Trujillo, the country’s first capital. A cathedral and a Franciscan monastery were completed in 1582, but earthquakes and fragile building materials led to major destruction. Architects from Guatemala and Spain were behind a number of the buildings erected in the 16th and 16th centuries.

In 1537 the capital was moved to Comayagua, which was a hub for the silver mining business in the country. Here the church of La Merced was erected in 1611 in a Baroque-inspired style. Today’s cathedral dates from the first part of the 18th century. It has barrel vaults and side ships culminating in a dome with side domes. The exterior is decorated with green and yellow ceramic tiles and has an impressive four-storey façade, divided into four vertical sections with columns.

Tegucigalpa was founded as a mining town in 1578. The city’s cathedral clearly bears the influence of similar buildings in Antigua, Guatemala. It has particularly distinctive pilasters that go over the two-storey facade. The cathedral is today restored after the earthquakes of 1809 and 1899. Another church in Tegucigalpa, Los Dolores, begun in 1732, completed in 1815 (restored in 1910), has flat pilasters in the façade and wooden interiors decorated in a Mudéjar- inspired style..

Few examples of military architecture remain, but San Fernando de Omoa (1759-79) is the most monumental Spanish fort in Central America, built to protect against pirates.

One of José Antonio Velásquez’s popular naivist paintings (1972) with motifs from the village of San Antonio del Oriente.

In the 19th century, neoclassicism became a leader in architecture, inspired by French models. An outstanding example is the church in Danlí from the early 19th century.

Tegucigalpa became the nation’s capital in 1880. Various historical styles were used; Neo-Roman in Casa Vieja (1890s) and neo-Gothic in Casa Presidencial (1919), which also has mudéjar style elements. Buildings in art nouveau style was erected in Comayagua, San Pedro Sula and Tegucigalpa. In the 1920s, a new classicist wave emerged, and the first Art Deco- style buildings were introduced.

Modernism became commonplace in public buildings and commercial buildings from about 1935. Famous examples in Tegucigalpa are the Ministerio de Hacienda (1940), the Banco Central de Honduras and the Palacio Legislativo (both from 1950). Leading architects in the latter half of the 20th century are Fernando Martínez, Leo García and Francisco Rodríguez.

Early colonial art in Honduras was mainly associated with the cathedrals. To begin with, a number of works of art were imported from Spain, Guatemala and Mexico; Seville sculptures were erected in the Cathedral of Comayagua in the 17th century, and Vicente Javier (1748–80) of Guatemala built the altar of the Cathedral of Tegucigalpa. One of the leading painters of the 18th century, José Miguel Gómez (1712-1806), was inspired by the Spanish painter Francisco de Zurbarán. He performed a number of paintings, including in the cathedrals of Comayagua and Tegucigalpa, and was also an accomplished portrait painter.

Political unrest in the mid-1800s led to stagnation in the country’s artistic activities. Toribio Torres of Comayagua painted pictures with religious motifs, portraits and also a number of family portraits, which became a popular genre until the end of the 19th century.

The painting of the 19th century was influenced by French models, especially popular was the history painting. A number of European artists worked in Honduras, and works were imported from Europe, especially Italy.

It was not until the end of the 19th century that Honduras flourished in the arts, led by a generation of artists who had lived and studied in Spain, Italy and France. Zelaya Sierra (1896–1933) was inspired by Cubism and painted the influential painting Brother against Brother or Destruction (1932), with motifs from the Civil War.

In 1940, the Escuela Nacional de Bellas Artes was founded, and the visual arts gained a stronger position in cultural life. Arturo López Rodezno (1908-1975) was inspired by Mayan art and introduced the fresco in Honduras. Miguel Ángel Ruiz (1928–2018) had worked with Diego Rivera in Mexico, giving impetus to the native tradition of Mexican frescoes. Dante Lazarroni Andino (1929–1995) was also inspired by Mexican social realism.

Several artists worked in surrealistic style in the 1940s and 1950s, while others continued the tradition of painting folkloric motifs from the independence struggle. A popular artist such as José Antonio Velásquez (1903–1983) created naïve paintings from rural Honduras. His pictures were exhibited in a number of countries from the 1950s. 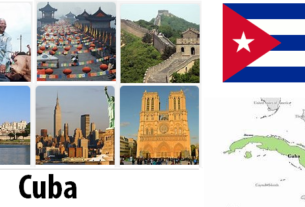 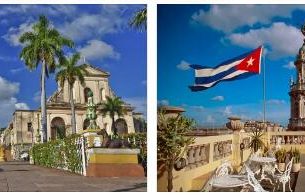 Resorts and Attractions of Cuba 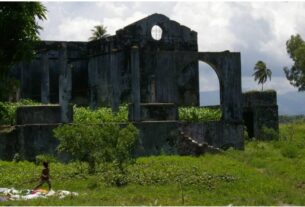