As a country located in South America according to businesscarriers, Argentina borders Chile to the west, the Atlantic Ocean to the east, and Uruguay, Brazil, Paraguay and Bolivia to the north and northeast. There are four geographical regions: the forest and marshland of the Gran Chaco and the multi-stream land, the Andes, the Pampas and Patagonia and, in the far south, Tierra del Fuego. Due to the large north-south expansion, there are different climatic zones, ranging from great heat in the north to the pleasant climate of the pampas to the Antarctic cold in the south. The highest point in Argentina is Monte Aconcagua with almost 7000 m. The huge waterfalls at Iguaçu, which plunge 72 m deep into the Río Paraná (border region Argentina, Brazil, Paraguay; belonging to Brazil), are a unique natural spectacle. In the northwest there are bizarre mountains in the otherwise dry semi-desert.

The restaurants are excellent, you rarely eat before 9pm. Good restaurants can be identified by a sign with three forks. Waiters are addressed as “Mozo”.

The service charge is rarely included in the bills. The staff need the tip in order to be able to make a living. 15% is common, 20% should be given for very good service.

The refreshing mate tea is the national drink. It is drunk in special cups with a metal straw and passed on to friends. Branded spirits such as whiskey and gin are distilled in local distilleries. The local wines are excellent. Numerous cocktails are mixed from Caribbean and South American rum.

In Argentina you can drink alcohol from the age of 18.

The climate in Argentina ranges from great heat and heavy rainfall in the subtropical Chaco in the north to a pleasant climate in the central pampas to the subarctic cold on the Patagonian Sea in the south. Almost all climatic zones of the earth are represented in this huge country.

Northwest subtropical, hot and dry, the rainy season is in the summer months.

Northeast with a tropical climate very warm and a lot of rain all year round.

The central region has a predominantly temperate climate, but in the summer months, December to February, it is sometimes very hot and humid; the winters are quite cool.

To the south is the province of Tierra del Fuego, which covers the eastern islands of Tierra del Fuego. Maritime climate. In summer it is the coolest part of Argentina with maximum temperatures of around 15 degrees. In winter, temperatures are around freezing. Occasionally severe frost. The weather can be very changeable all year round during the day.

The regions mentioned have different best travel times: The north is recommended as a travel destination all year round, the northeast from April / May to September, Buenos Aires in the spring and autumn months and in the winter months of the southern hemisphere, Patagonia and Tierra del Fuego in the months of October to April (High season between December and February) and the mountains of Argentina are suitable for skiing between mid-June and mid-October.

Light clothing in the north and warm clothing is necessary in the south, in the mountains and in the winter months in the central areas of the country. Rain gear is recommended everywhere. 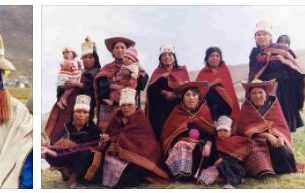