In the first post-war period, alongside the names of Griffith and De Mille (the latter, after a parenthesis in which he deepened the erotic-satirical vein, returned to the taste for the colossal and the preaching that had characterized his first works, drawing indifferently from the Old Testament or to American history) or of Chaplin, who alone summarized many miracles of cinema, those of the interpreters, of the first great stars (D. Fairbanks, Rodolfo Valentino, T. Mix and later G. Garbo, the myth par excellence). Indeed, these were the names and faces best known by the general public, who identified cinema in them with all that baggage of charm, imagination and passions to which the common man was attracted, conditioned by the phenomenon of stardom which at the same time helped to nourish. In contrast and revolt with this world, the activity of directors such as RJ Flaherty and E. von Stroheim developed in that same period. (the latter, although hampered as a director, was however integrated as an actor in the phenomenon of stardom by the Hollywood system that for him had created the slogan “the one you will learn to hate”). Flaherty, considered the father of the artistic documentary, was tied to the poetics of nature and forgotten men, which he approached with respect and returned with realism and simplicity, without ever falling into the spectacular; von Stroheim, a nonconformist, investigated and denounced the worst aspects of society with crude realism. While tackling different themes, they were united by the consistency with which they carried out their discourse, by the refusal of compromise, and both were marginalized and hindered by the producers. In major production houses (Metro Goldwyn Mayer, Paramount, United Artists, First National, Fox Film) a genre policy had meanwhile been set up and widely developed: production, that is, followed a predetermined process to satisfy the tastes of the public. Of this period we remember the “horror” films played by L. Chaney and the comic films in which, alongside Chaplin, B. Keaton, L. Semon (known as Ridolini in Italy), H. Lloyd, H. Langdon. Among the directors in vogue in those years, alongside K. Vidor, H. King, F. Capra (who made himself noticed by directing Langdon), there are E. Lubitsch, FW Murnau, J. von Sternberg, V. Sjöström, who left their countries due to the crisis of European cinema and attracted to Hollywood, where they tried to fight foreign competition by absorbing the best actors from abroad, with the help of directors. To many of these names is linked the affirmation, alongside the commercial trend, of the art film of the decade preceding the sound. The first step towards sound was for the United States, in 1926, Don Juan (Don Giovanni and Lucrezia Borgia), an experiment by A. Crosland, a second-rate director, who in 1927 directed The Jazz Singer with Al Jolson, which historically marked the advent of speech.

Thanks also to the new technique, Hollywood overcame the years of the great economic crisis following the collapse of Wall Street: indeed between 1929 and 1932 it opened new European agencies, produced films in various versions, intervened to help the European houses in danger, reorganized and restructured. quickly. On the other hand, precisely the riskiest years left gaps in production by genres and saw the release of denouncing films such as All Quiet on the Western Front by L. Milestone (1930; All’Ovest niente new), Little Caesar (1930; Piccolo Cesare) and I Am a Fugitive from a Chine Gang (1932; Io sono un fugitive) by M. Le Roy, Scarface (1932) by H. Hawks, or film of the discovery of everyday life, anti- divinity films such as Lonesome (1928; First Love) by P. Fejos and some dramas by Vidor. Many of the traditional stars were marginalized (for the unpleasant voice or for an imperfect diction) and in the Hollywood commercial production the new actors were sought in the theatrical environment, the playwrights were hired as scriptwriters, the actor-singers were disputed by the various houses. Thus were born new genres and directors (the imaginative G. Cukor, the picturesque R. Mamoulian); Lubitsch, one of the inventors of sophisticated comedy, W. Disney, had more luck than ever, which already in 1928 had presented Mickey Mouse (Mickey Mouse), De Mille, with its monumental reconstructions, the musicals of L. Bacon, hilarious characters without problems such as S. Laurel and O. Hardy, the biographical films of Warner Bros, those of adventures in the exotic lands of the Metro, above all the comedies, sophisticated and brilliant of F. Capra and the western genre that found its director in J. Ford. The latter, already established in the silent period, was able to give excellent works even when he focused his interest on social problems as in The Grapes of Wrath (from J. Steinbeck, 1940; Furore). In those same years the unfortunate odyssey of ¡Que viva México! (1931-32) by SM Ejzenštejn who, disappointed, abandoned America, while a few years later the European political situation forced other directors affected by racial persecution to emigrate to the USA. The case of F. Lang is known, who in Hollywood directed, among other things, Fury (1936; Furia) and You Only Live Once (1937; I’m innocent!). A few exceptions are excluded, among which W. Wyler, who preferred works with a social background, and all the activities of Frontier Films led by P. Strand and L. Hurwitz and culminating in the documentary Native Land (1939-42), that of the Thirties was, however, on the whole a production of escape films in which the new stars (M. Dietrich, J. Crawford, C. Gable, G. Cooper to name a few) and which landed in 1939 at Gone with the Wind produced by DO Selznick, a typical example of a colossal. To break the climate of conventional optimism was once again Chaplin who in 1940 with The Great Dictator (The great dictator) came out of American schematism to consider European facts and set up the first indictment of Nazi-Fascism. 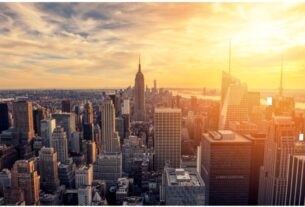 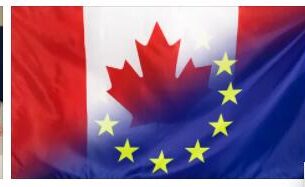